Universities get funding based on research performance 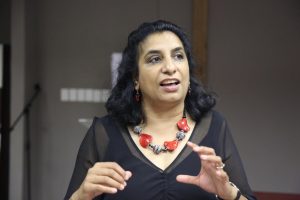 Prof Urmilla continued to highlight that, Universities receive funding based on their research performance. She further expressed the fact that, there are universities which are promising to do well looking at the number of performances in terms of publications, number of graduates that they produce and also the number of NRF rated researchers that they have. “Universities are being judged based on the rankings and it is unfortunate because even companies or employers prefer candidates or graduates from universities that are doing well.”

She encouraged postgraduate students to further their studies and remain in the academic field to rescue South Africa from the crisis of shortage of researchers. She said, “It is unfortunate that, out of one hundred percent of PhD graduates, only ten percent remain in the academic field to teach and conduct research.” She further expressed that a university cannot go up the ladder if its researchers
do not publish papers. Prof Urmilla said academics should spend most of their time on research and articles writing than on teaching. 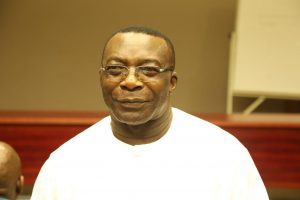 Senior Prof Georges Ekosse, Director of Research and Innovation, in his welcoming and opening remarks during the 4th Research Indaba Day said “females at Univen are letting us down. We expect to see a lot of women coming to our offices enquiring about how to become professors or even to register for PhDs.” He said in other universities, the situation is different, a lot of women are becoming professors and are even occupying higher positions. Senior Prof Ekosse further congratulated Dr Geraldine Fraser-Moleketi for being appointed as Nelson Mandela University’s new Chancellor and Prof Mamokgethi Phakeng for her appointment as the New University of Cape Town Vice-Chancellor.

Senior Prof Ekosse said women should not put the blame on others for their failure but only on themselves. “Stand out of the crowd. Do not get lost inside the crowd.” He called on women to take charge and join other women who have already started to flourish. 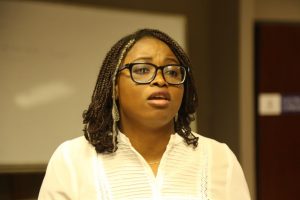 Dr Abimbola Enitan, Univen Postdoctoral Research Fellow, said research supervisors should create a comfortable atmosphere in which students are not frightened to ask questions. They should help students to find their way through literature and provide constructive comments on writing styles. Dr Enitan further said that it is the duty of postgraduate students to manage time very well. She advised postgraduate students to limit themselves from being too active on social media because it is time consuming. “After all, a successful outcome depends on the relationship between a student and a supervisor,” she said. 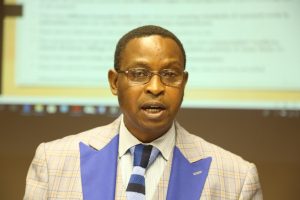 Rev Dean Dr Enos Rannditsheni, a Postgraduate Research Fellow at Univen said that there are universities that are funded by the government, institutions or companies which earmark students to come and work for them after completion of their study, therefore these companies, institutions and the government cannot continue to fund people who do not complete their qualifications in record time. “This is the reason some companies withdraw their funding if they realize that the students of a particular university like protests, and they are not learning anything. These companies fear that if they take them as interns or workers after graduating, they would downgrade their companies because these students would be lacking experience and will not be competent enough in the global market.

He further encouraged postgraduate students to work hard and leave the university so that their younger brothers and sisters could get a space which they are now occupying. 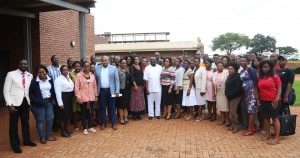 University of Venda > News > Universities get funding based on research performance