Women are encouraged to teach their children to be independent 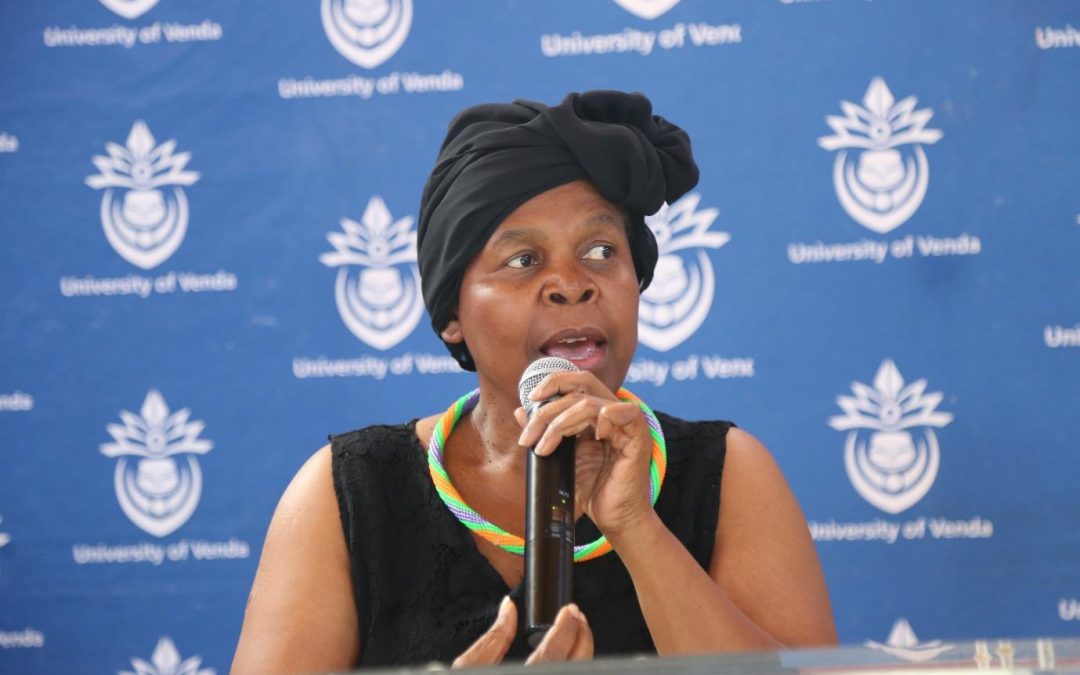 On Thursday, 30 August 2018, the University of Venda hosted the 2018 Women’s day event at the University’s Art Gallery. The event aimed at celebrating women and engaging in meaningful discourse that concern women’s health, social well-being and womanhood in general. 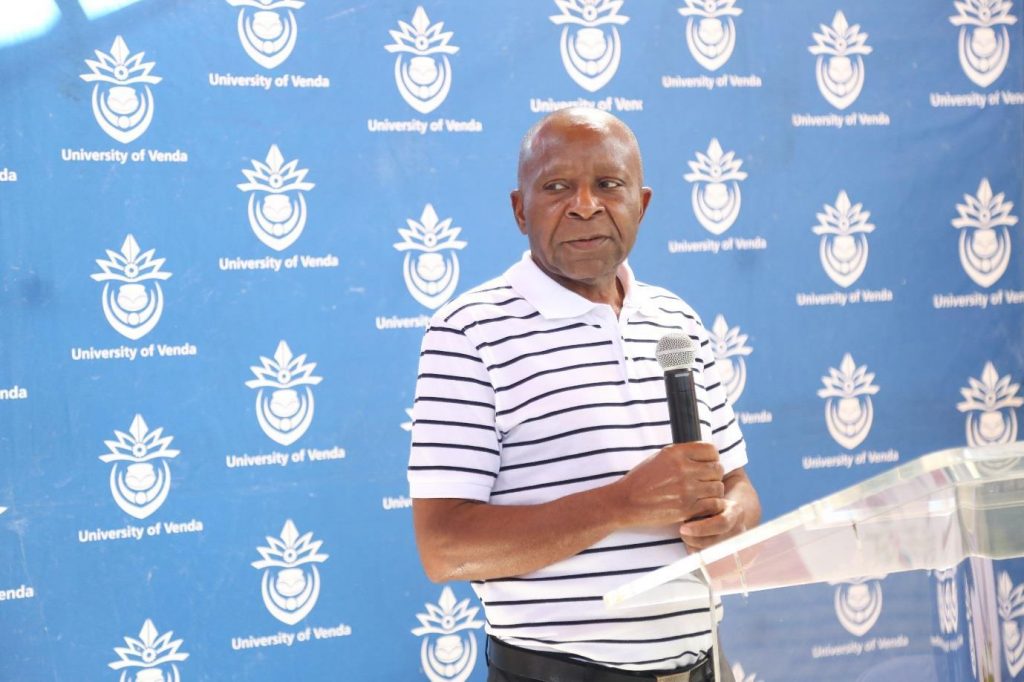 The Director Human Resources, Mr Justice Manenzhe gave a welcome address. During his talk, Mr Manenzhe acknowledged the number of women present and felt assured that the future of women is on the right path. He further encouraged women to use the event as an opportunity and platform to address problems that all women are faced with and find common solutions. 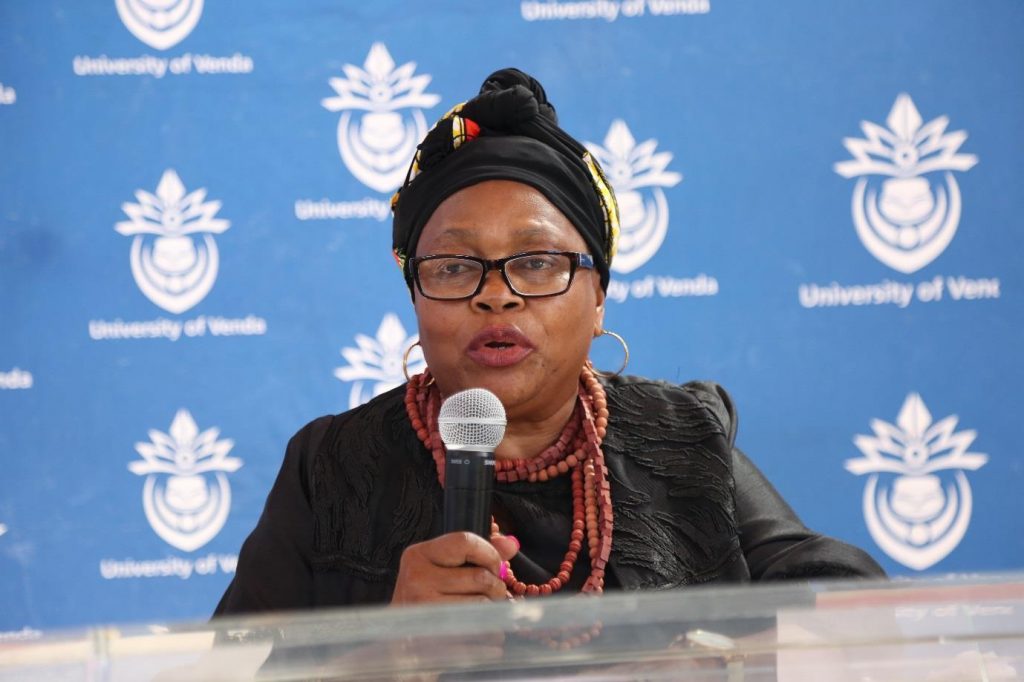 Senior lecturer in the School of Human and Social Sciences, Dr Elelwani Ramaite-Mafadza introduced and rendered an item on the purpose of the event. She said the event also commemorates the women of 1956 who marched to the Union Buildings to fight against the Apartheid pass laws. She familiarised women with the STATS-SA 2017/18 findings on the rise in gendered violence and femicide, in our region, and South Africa at large. She made reference to movements such as #MeToo, #TimeIsUp, #MenAreTrash, #Totalshutdown, whose campaigns are against femicide and gendered violence. Dr Ramaite-Mafadza said that our freedom and democracy mean nothing, if we still experience gendered violence and femicide, where women are still killed in the hands of their partners. She said that this day should invigorate women to stand up and empower their neighbours and communities in order to fight against gendered violence and femicide. 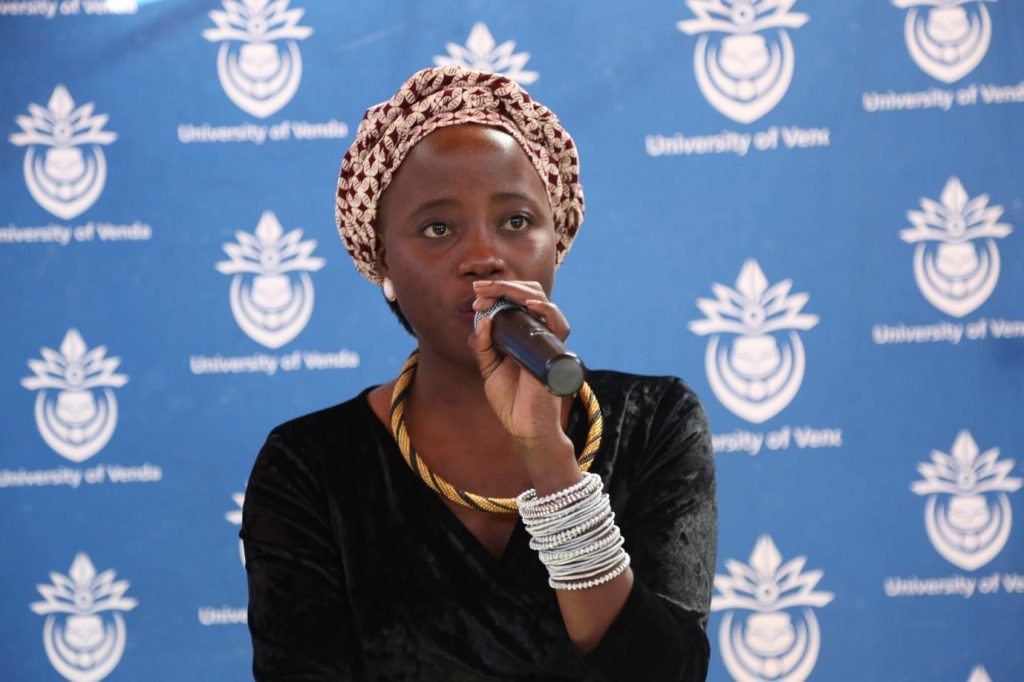 Mrs Ntsundeni Mulaudzi, a registered Councillor from Careways spoke largely about stress and how to manage it. Mrs Mulaudzi firstly highlighted the fact that stress can happen to anyone. She highlighted that reaction to stress differs from person to person. One of the few strategies she mentioned of coping and dealing with stress was that people must know the source of their stress, what triggers it and then develop key approaches of dealing with it, like avoiding or changing the situation. 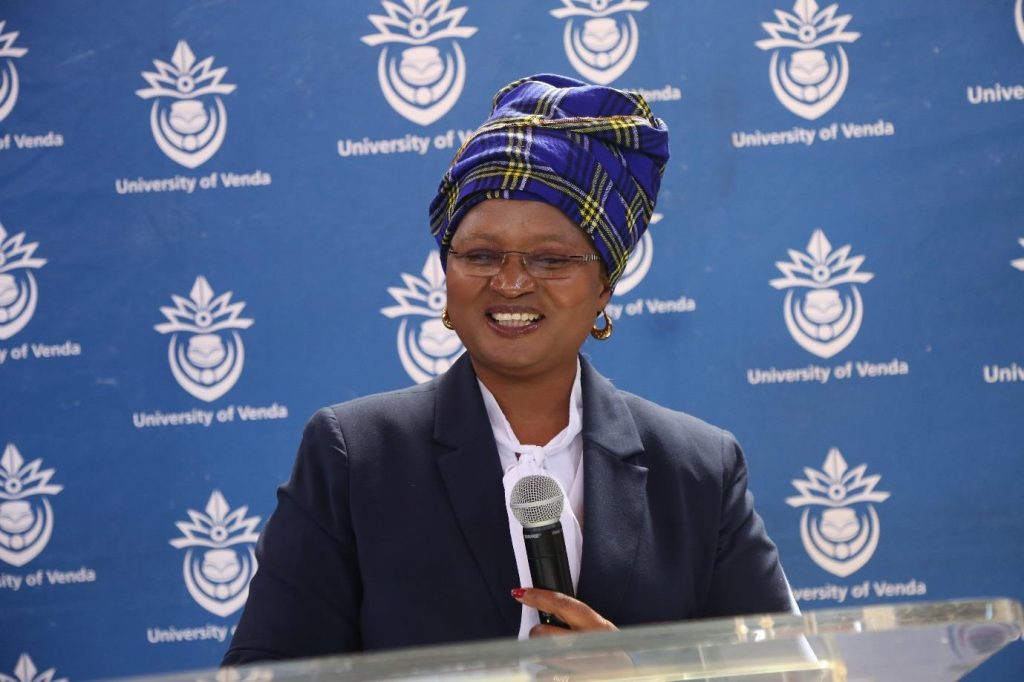 Advocate Suzan Mahada from the Thohoyandou Magistrate Office spoke about the issue of Women and the Law. She explained the Domestic Violence Act, how it protects everybody, and it is inclusive of emotional, sexual and physical abuse. “Whether you are educated or not, black or white, rich or poor, domestic violence can happen to you”, said Advocate Mahada. She encouraged women to not stay in abusive relationships because culture says they should. Advocate Mahada explained that pride is one of the many reasons why women do not report domestic violence they experience at the hands of their spouses. 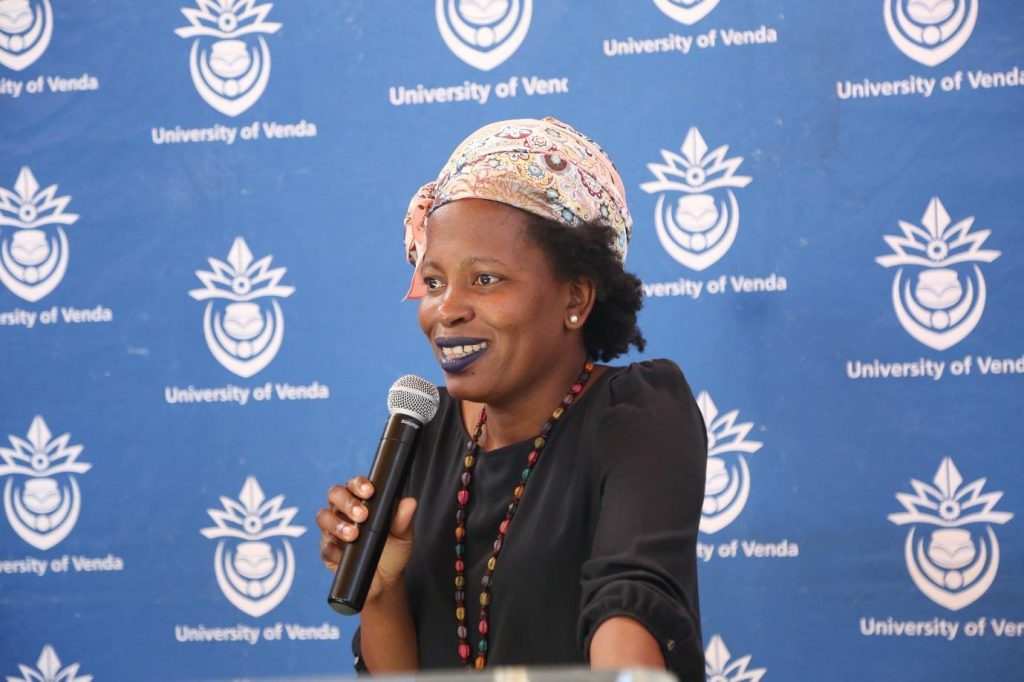 Dr Takalani Makulana, who is a Gynecologist spoke about respectable sexual life from an African perspective and women’s health. The first red-flag she gave was the healthcare of the woman’s body, and she encouraged them to regularly go for pap smear testing. She said this is one of the most important method that women should use because it ensures a healthy lifestyle. Dr Makulana further talked about the menstrual cycle and how weight, age and height can play a role in determining woman’s length of the menstrual cycle.

Presenting on women empowerment was a Business Woman and Motivational Speaker, Mrs Humbelani Netshandama. She opened her presentation by posing a question to the audience “What are we doing to ensure that the next generation does not suffer the kind of abuse that women today experience?” Her response to the rhetorical question was that women who are empowered should not suffer abuse. She implored women to teach their children to be independent and ensure that they are not only independent, but they are also empowered in all respects, before venturing into marriage. “It is time to draw the line,” she said. Mrs Netshandama further emphasised the fact that abuse should stop with this generation, and not be experienced by our children’s generation. 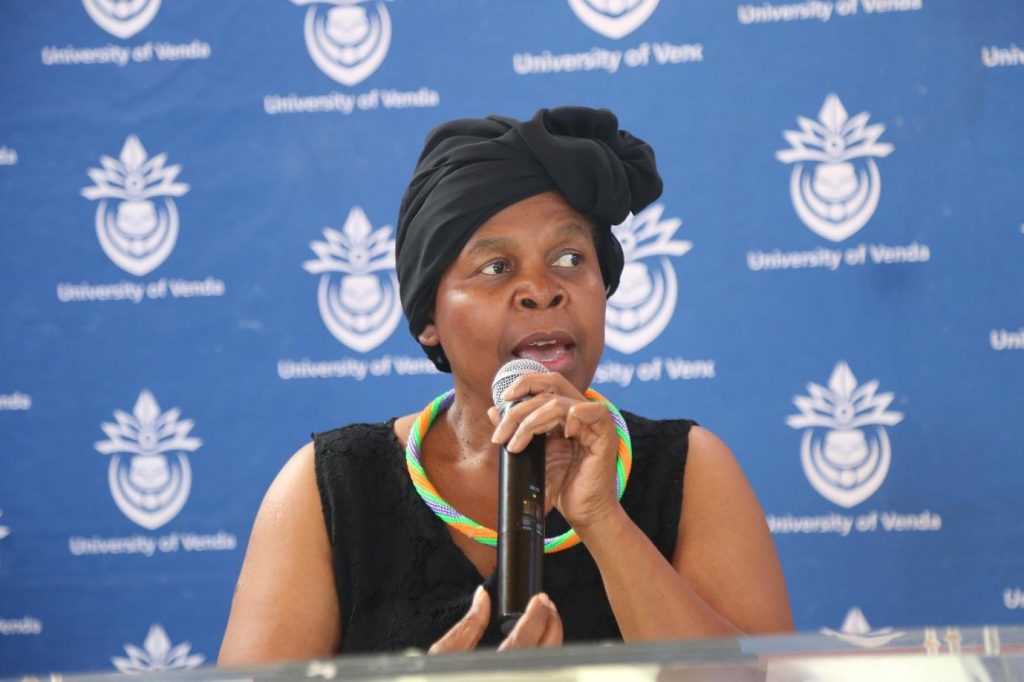 Lecturer in the School of Human and Social Sciences, Mrs Malehu Maluleke gave a vote of thanks. She acknowledged and thanked the speakers for sharing their knowledge with other women. She further encouraged women to love and empower each other if they want to fight the continuous social injustices that women encounter both in the workplace and at home. 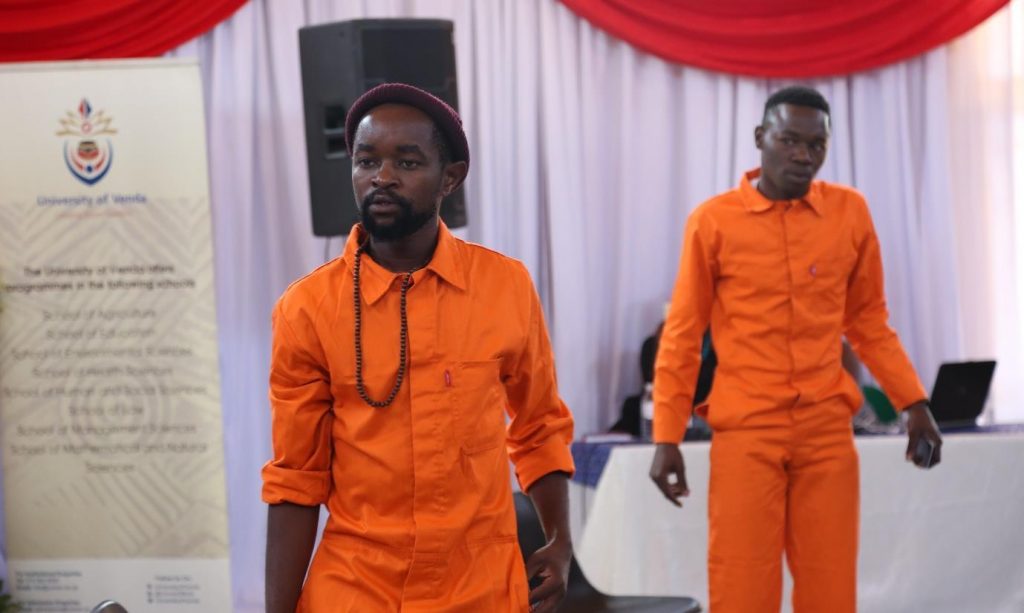 Univen Drama performance during the event. 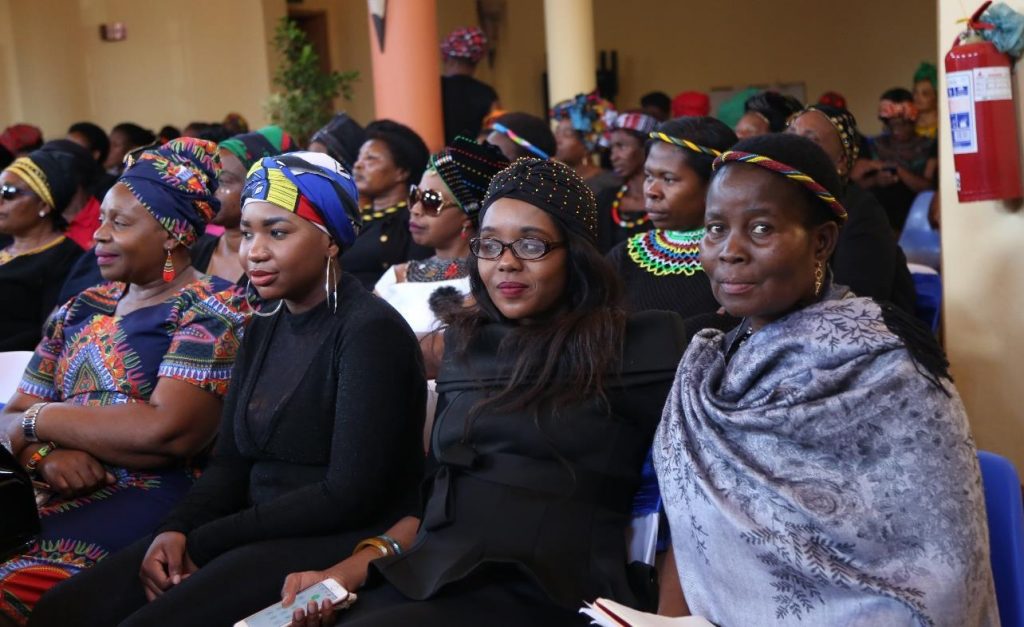 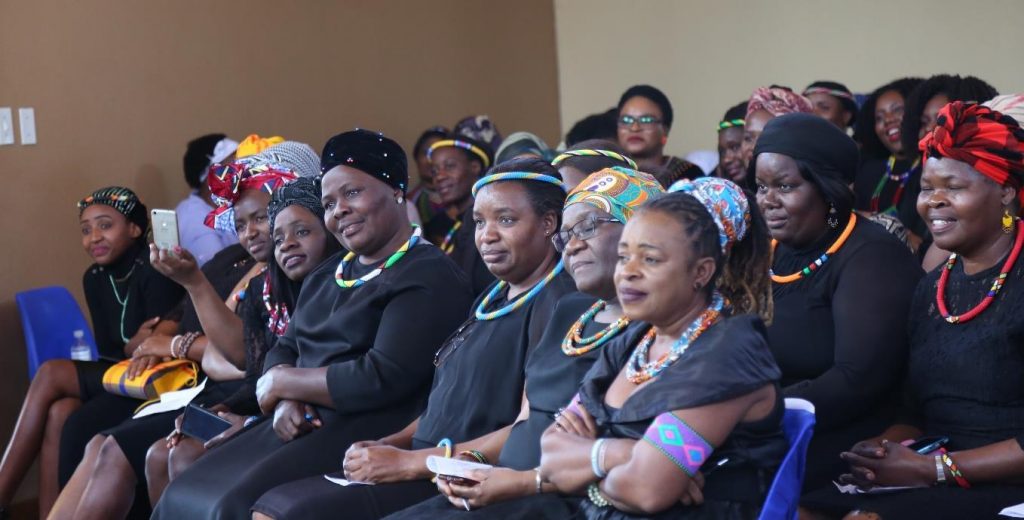 Some members of the audience listening to speakers

Some of Univen female staff members posing for a photo outside the Art Gallery.