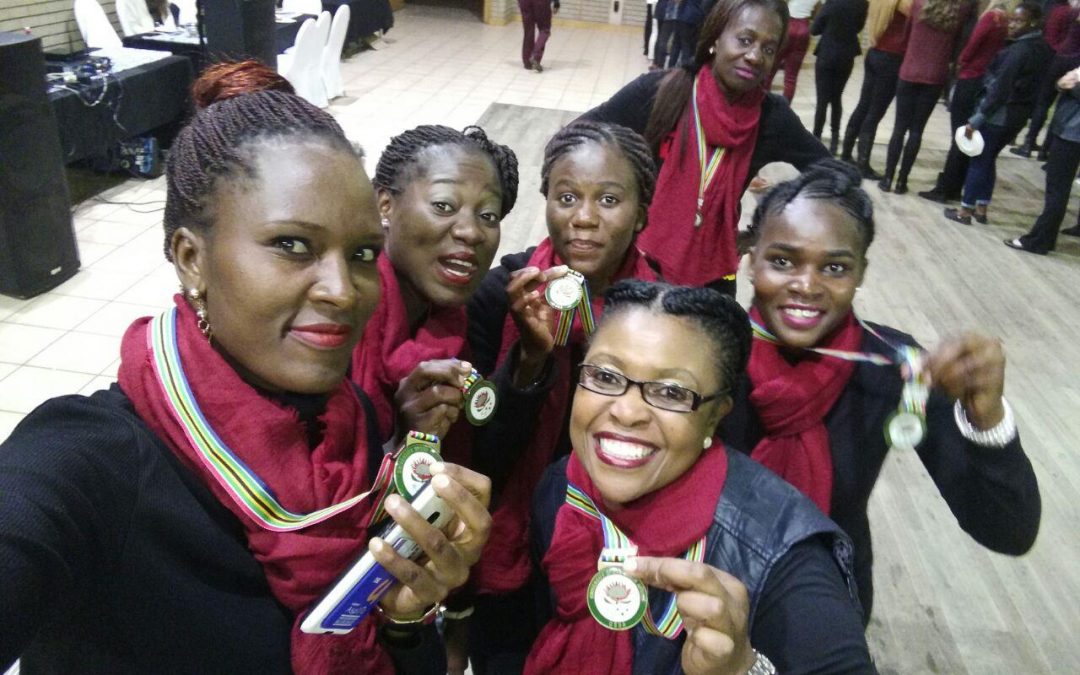 The University of Venda (Univen) Netball team claimed the Bronze Medal when they beat University of Kwazulu Natal 44-36 at the annual University Sport South Africa (USSA) tournament which was held in Potchefstroom from 03 to 07 July 2017. Goloza Group of Companies sponsored the team with warmup kit worth R3000.

Univen Netball team coach, Ms Winnie Tshivhenga, said that they are happy with the performance. “We are excited as coaches. The girls worked very hard and they were playing against tough teams. We should have brought home the gold medal like we did last year,” she added.

The Captain of the team, Kgaogelo Maruma, said: “It feels surreal being the new kids in Section B, and coming out third showed our capabilities and strength as a team. She further said that she feels proud and blessed to have been playing in the team. “The team spirit was amazing,” she added.

In total 33 teams participated in five leagues. The Universities of the Free State (Kovsies), Pretoria (Tuks) and Johannesburg (UJ), Nelson Mandela Metropolitan University (NMMU) and Stellenbosch (Maties) as well as North West University (Pukke) make out the six teams in the Super league. There were six teams in Premier League, nine teams in Section B and twelve in Section C.

The first tournament was first held in Cape Town in 1967 where Tuks walked away with the honours. Since 1970 the event was held on an annual basis, with the only exception in 2010 due to the Soccer World Cup that clashed with the winter student holidays.