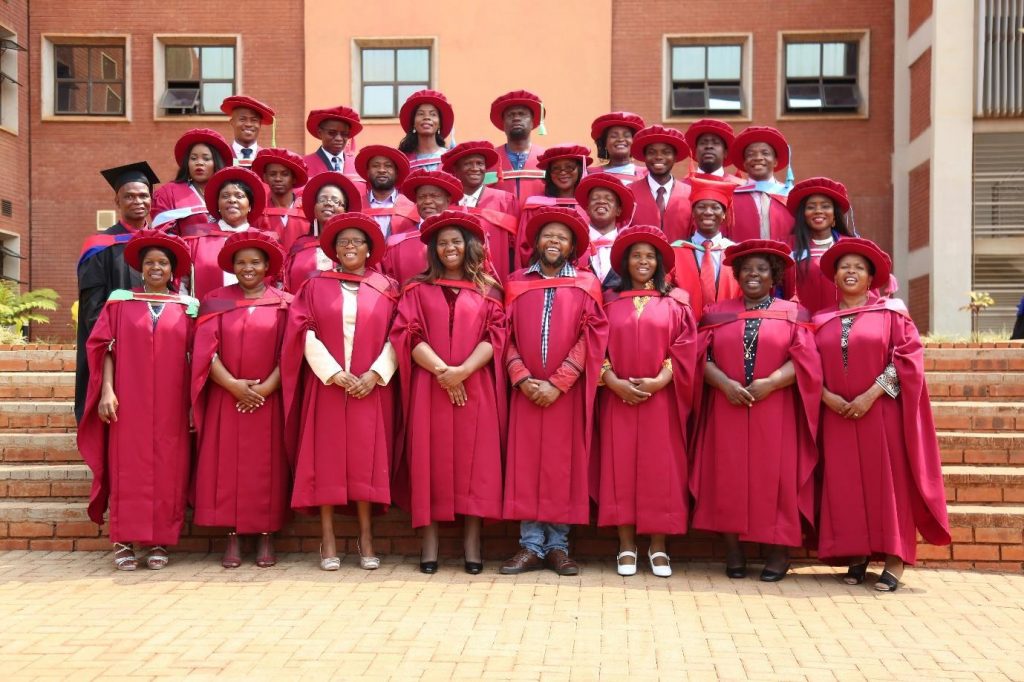 During the September graduation ceremony which took place in the University Auditorium, amongst the conferred degrees, Honourable Kgalema Motlanthe conferred two honorary degrees. 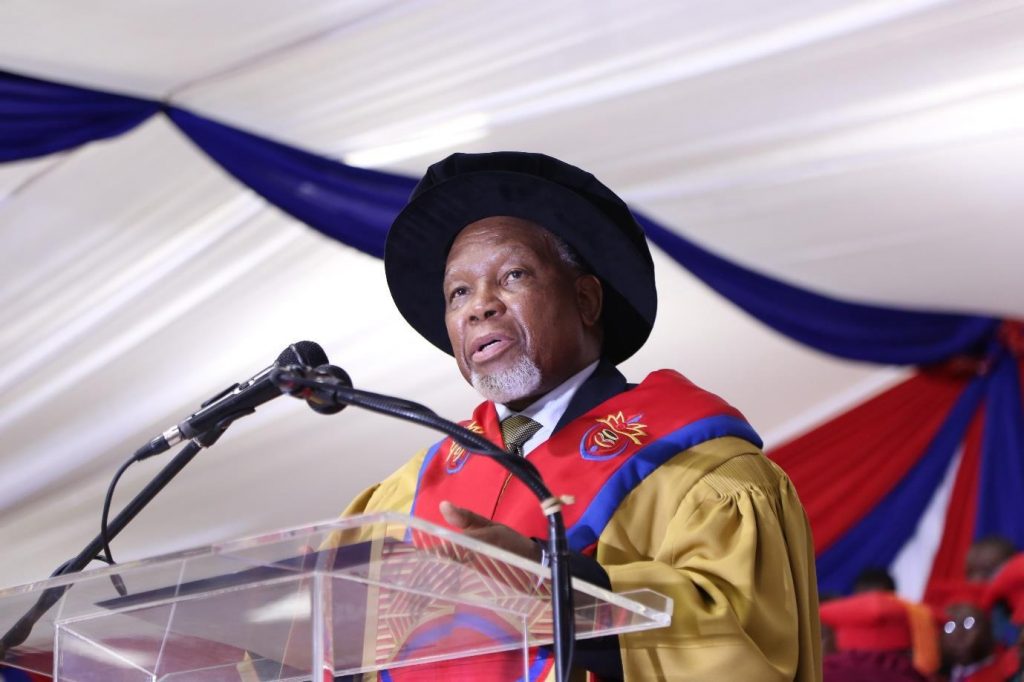 Honourable Motlanthe highlighted that education remains a critical tool in equipping humanity with the intellectual, scientific and creative means to make the world better and for a sustainable future for posterity.

He further told graduates that their achievements will make notable difference to the national effort against the perennial menace of poverty, inequality and unemployment. He also told them to always remember that theirs is but a journey just begun. “Ahead of you is still a long winding journey that invites you to share your skills, knowledge and experience with those around you,” said Motlanthe when advising the graduates. He added that “today is only the beginning of things to come, because collectively education and academic advancement is the greatest gift one can give to a nation”.

The Chancellor concluded his talk by wishing graduates the best for the future and to make the University proud by being hard working, innovative, committed, and ethical in their future roles in the workplace and leadership. 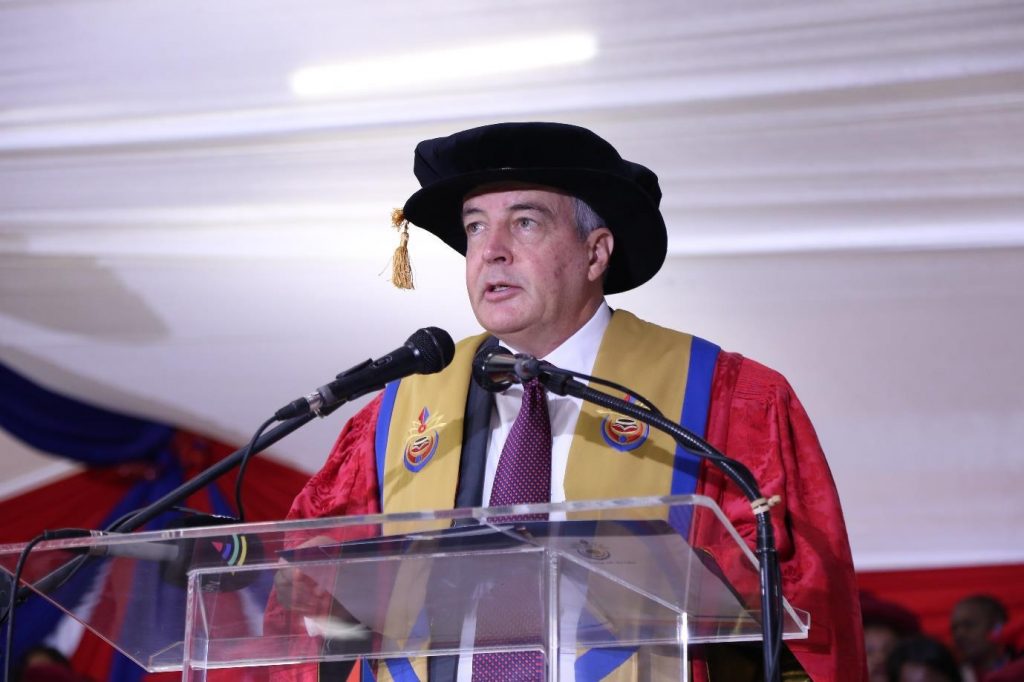 The Acting Vice-Chancellor and Principal, Prof Jan Crafford expressed his sentiments on how well the number for female masters and doctoral graduates has increased in comparison to the May Graduation ceremonies. With 41 out of 78 master’s degree graduates being female and 14 out of 27 doctoral degrees being females.

Amongst the graduandi were some of the members from the Student Representative Council (SRC) proving that student leadership spills over into the academic field. Tsireledzo Tshifularo who is the 2018 Minister of Education, Given Mmbulaheni who is the 2018 Minister of Gender and People living with disabilities, Israel Mkhatshwa who was the 2017 Deputy SRC President and previous cabinet members Lusani Lavhengwa, Zanele Maake, and Vhuthuhawe Ndou. 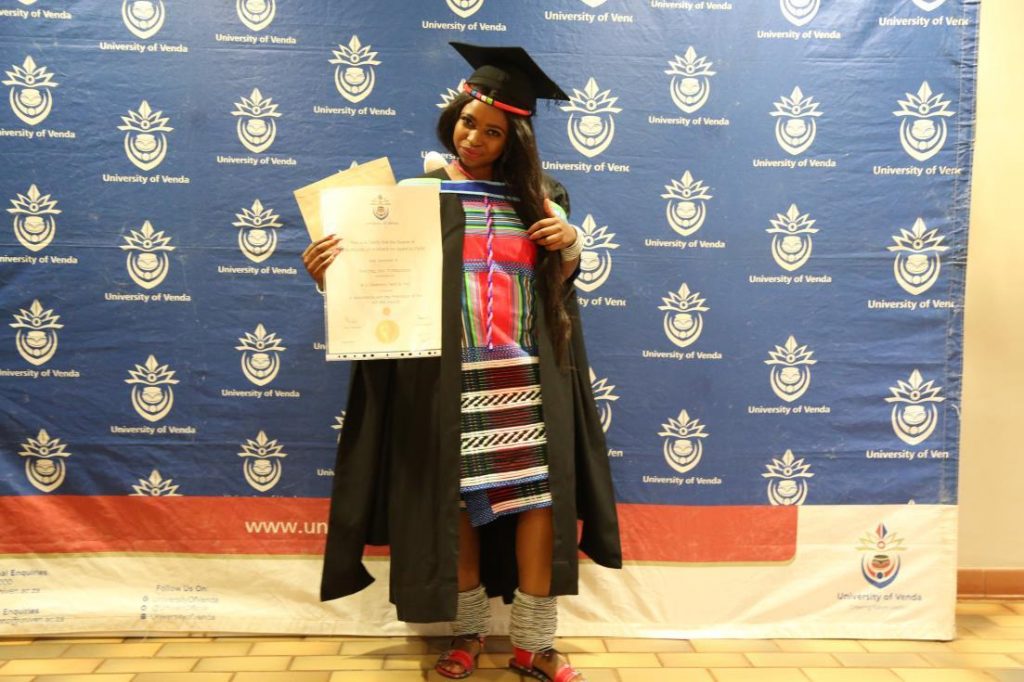 The University of Venda prides itself by some of the staff members who graduated during this graduation like Mr Avhapfani Maumela (Bachelor of Arts in Media Studies), Nontlanhla Ntakana (Bachelor of Arts honours in International Relations) and Nosipho Ngangani (Bachelor of Education in Educational Management). 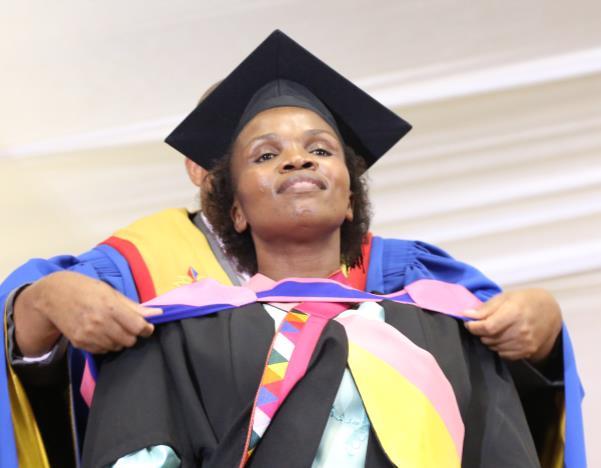 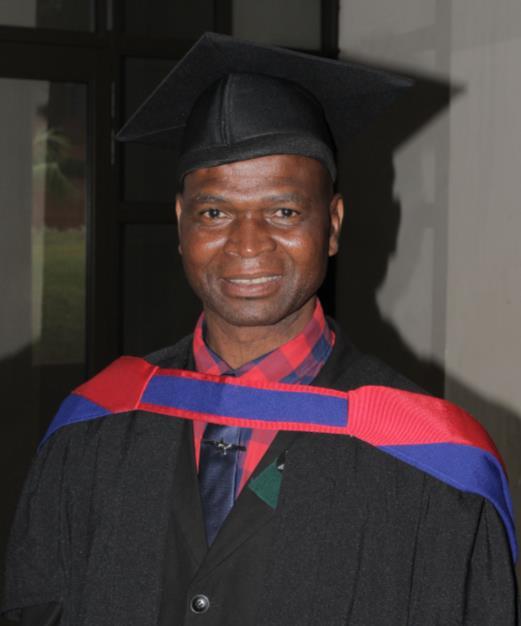 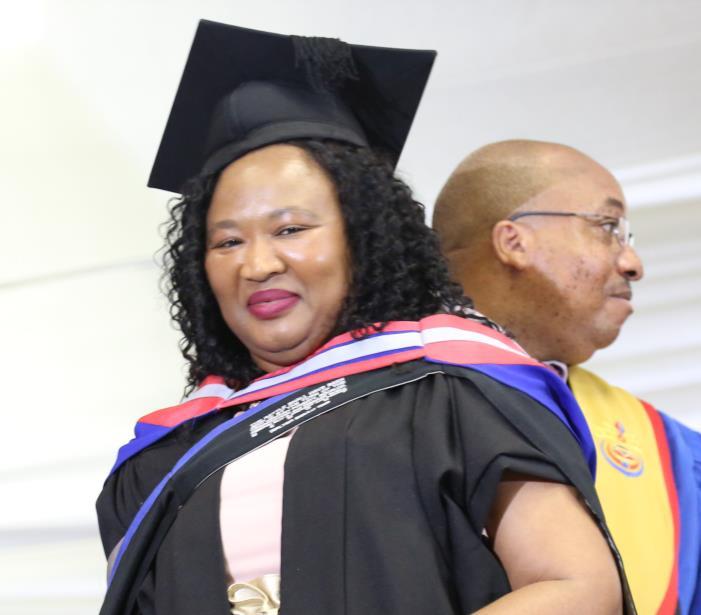