“It is with great sense of humility that I return to my Alma Mater with a new role in the society. I must admit it would be hard to rebut against the notion that Universities mantra, creating future leaders, has found some expression through my newly found responsibilities. I should be first but hopefully not the last to acknowledge the contribution of this incredible institution in my life, both from an academic and social perspective,” said the Honourable Ronald Lamola, Minister of Justice and Correctional Services. Honourable Minister Lamola said these words during the Public Lecture that took place on Friday, 13 September 2019 at the University of Venda (UNIVEN). 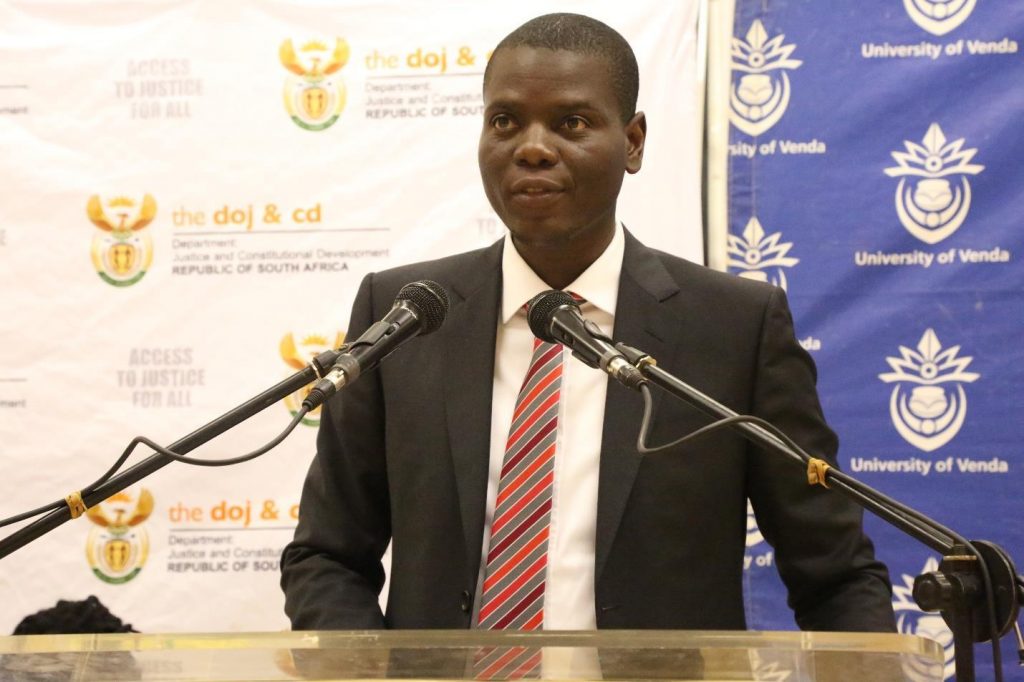 Minister Lamola stated that UNIVEN holds a special place in his heart. The theme of this Public Lecture was ‘The Justice System Since 1994’. Honourable Lamola expressed that the government of South Africa has to date spent R356 Million not on the provision of water, but on a mission to understand how ethics failed to prevail when the country needed them the most. “The mission I am referring to is the State Capture Commission of Enquiry under Justice Zondo.” He said if our respective professionals were truly ethical and committed to black excellence, he has little doubt that we would be in the situation our country finds itself in today. “Our budget deficit is higher than it has ever been, and our business confidence ratio resembles that of Apartheid South Africa during the tenure of PW Botha.”

“Corruption is not done only in the hands of politicians; it is aided by a very sophisticated hand of professionals. But most importantly, the effect of corruption has a human face, it is that of old women begging for their pensions. It is torn feet of the mother with a baby on her back walking far to access water, even though billions were set aside from the fiscus to ensure that a dam gets built.”

He told the audience that students are members of the communities before they are students. Minister Lamola continued to tell students that the knowledge that they obtain here must reshape our communities for the better. “The knowledge you obtain here should have direct bearing on our communities. It is for this reason that I believe the Department I lead should partner with universities across the country. We need universities that have a curriculum which is endorsed by professionals who practice the profession.”

He also said the Department of Justice and Correctional Services should be able to analyse the people who frequent our facilities and understand their psychology. “We should be able to understand what makes men in our society to be so violent. Good partnerships with the universities will help us to obtain this data as government and this will enable us to plan and respond better. This is what will help us to respond to crime and crimes against women in a dialectic manner. Universities must have a direct impact in society.”

Minister Lamola also spoke about Law and order in governance. He said it is the legal regime of this nation that has held this country very close together despite numerous attempts to pull the country to a point of no return. He continued to tell the audience that before the advent of democracy in 1994, there was little justice in the justice system for the majority of black South Africans. It was a system of injustice which upheld and defended the apartheid state. It is painfully ironic that it was the apartheid justice system which resulted in the denial of justice for the majority of our people and flouted virtually every aspect of international human rights law,” he said.

He concluded his lecture by mentioning that we must look ahead and follow all the monies that were looted from the state through corruption and maladministration and make sure that as leaders, we are preoccupied with serving our people and not enriching ourselves. “We can look ahead by making education fashionable so that the youth of our country will know that there are no shortcuts in life, but only hard work and dedication will contribute to more jobs that our country is so much in need of.” 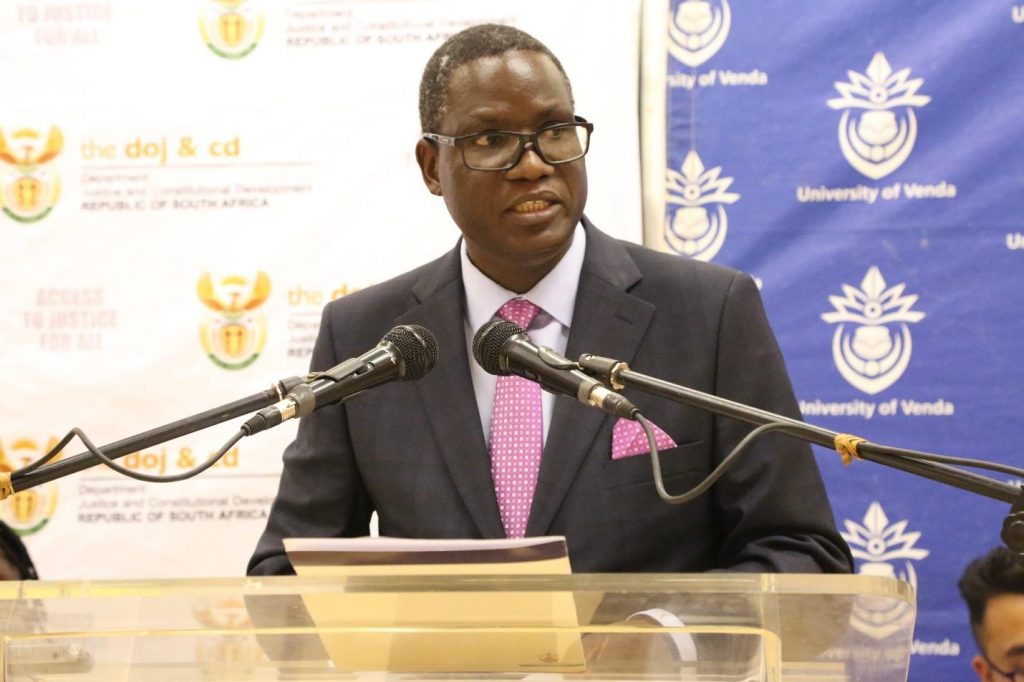 When welcoming the Guest Speaker, Council members, visitors and students, the Vice-Chancellor and Principal, Dr Bernard Nthambeleni said UNIVEN prides itself with the achievements and the appointment of Honourable Ronald Lamola as the Minister of Justice and Correctional Services. He said this is a clear sign that indeed Univen creates future leaders because Minister Lamola is a UNIVEN alumnus. “Minister Lamola was also a UNIVEN SRC President in 2005.” 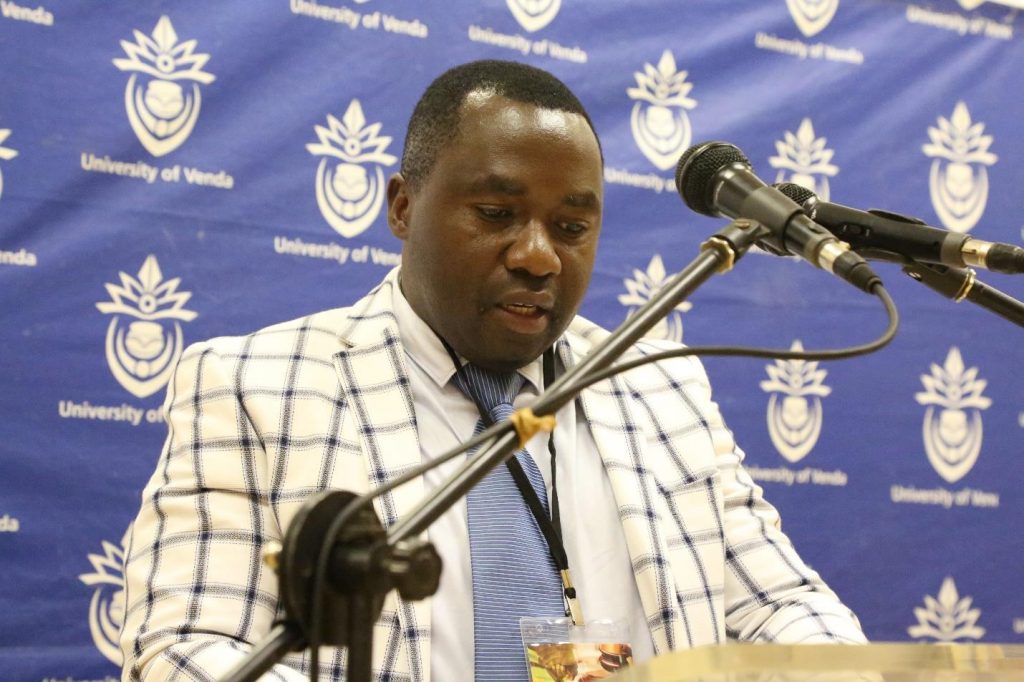 Dean of the School of Law, Prof Lonius Ndlovu

In his vote of thanks message, Dean of the School of Law, Prof Lonius Ndlovu thanked Honourable Minister Lamola for the Lecture that he has delivered at UNIVEN. He thanked him for the wisdom that he has shared with the University community and said the School of Law has two departments that are striving for the prevention of crime both on campus and within the surrounding communities. He further mentioned that the School of Law will have a session with its alumni early next year. He made a call for the Minister to support the initiative. 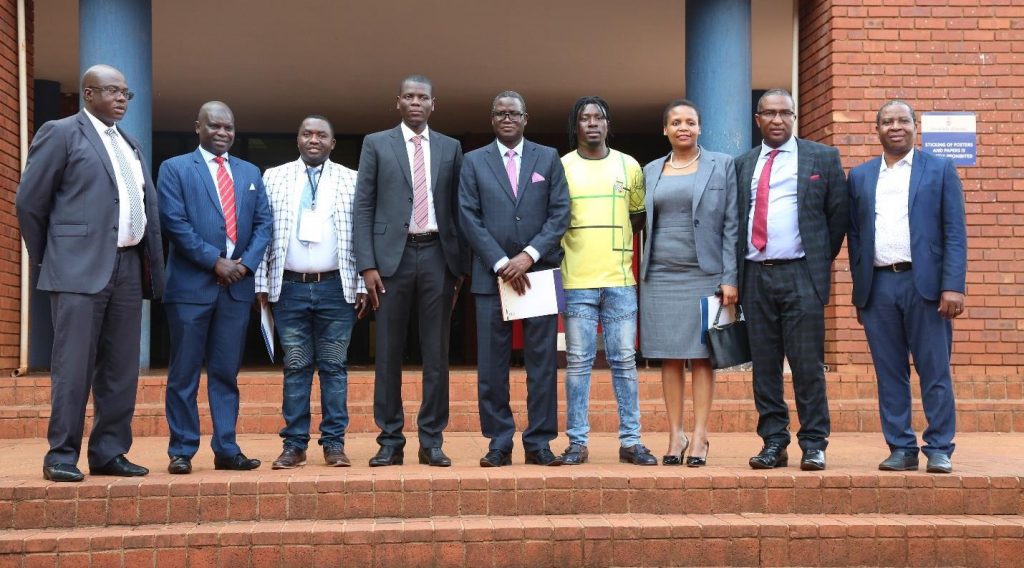 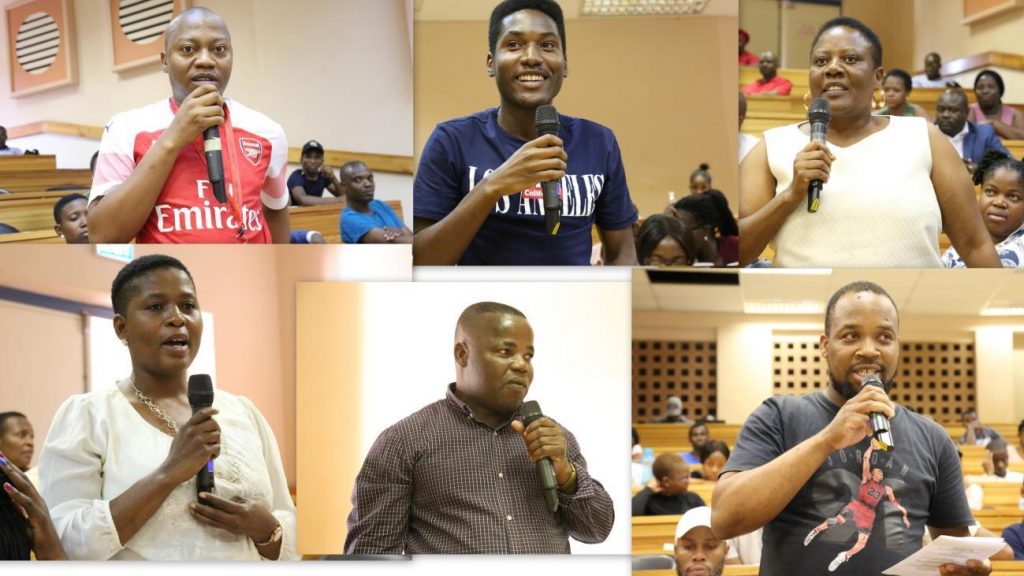 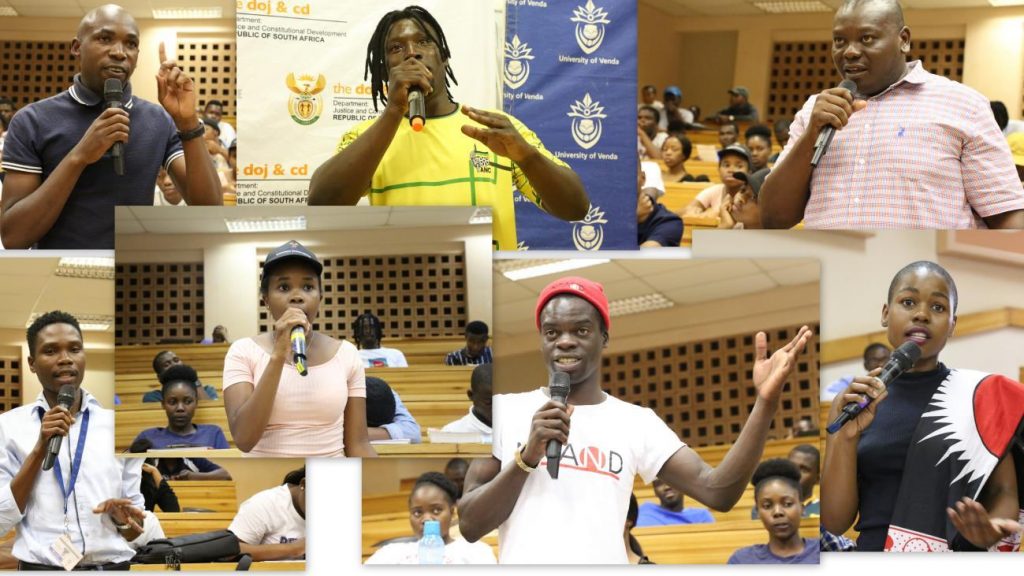