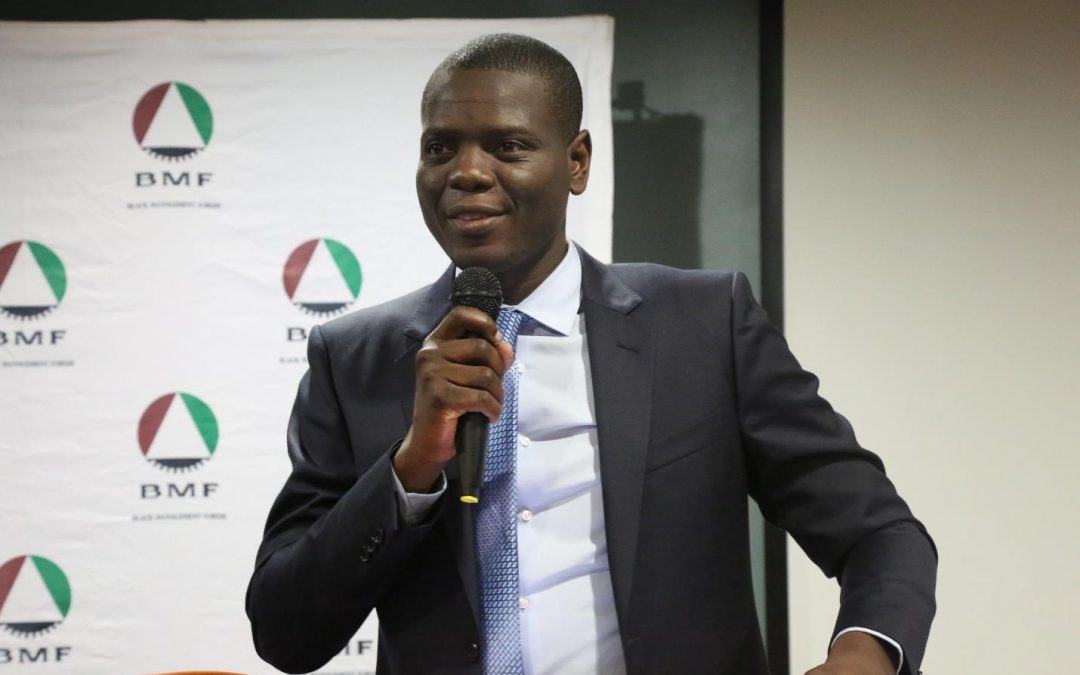 “Government alone cannot address the challenges faced by the country. We need organisations like Black Management Forum (BMF) and Institutions of Higher Learning like University of Venda (UNIVEN) to help the government to address these challenges,” said Hon. Minister of Justice and Correctional Services, Mr Ronald Lamola during the gala dinner organized by BMF in partnership with UNIVEN. This gala dinner took place on Thursday,12 September 2019 at Khoroni Hotel. 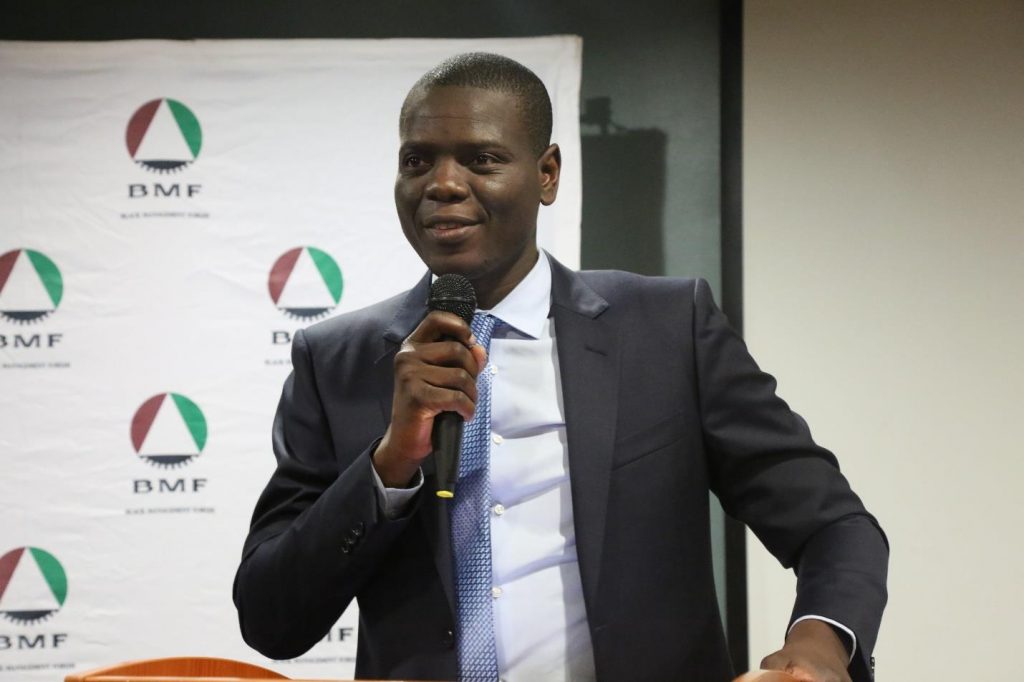 Hon. Minister Lamola was addressing the audience on the topic ‘A Perspective on Ethical Leadership and Transformation of the Judiciary in South Africa’. He said UNIVEN has played a very important and influential role in the lives of many people in both Limpopo and Mpumalanga Provinces, including international students from other African countries. “We are where we are and who we are because of UNIVEN.” Hon Minister Lamola said a partnership between UNIVEN and BMF is a very constructive one and it will address most challenges, especially in creating future entrepreneurs and leaders.

“We need to deal with prevention of these issues before they can happen. We should not wait for things to happen before we can act. We need to be proactive rather than reactive.”

When addressing the issue of ethical leadership, Hon. Minister Lamola, said the nuclear of good leadership is serving and being a selfless leader. “In South Africa we have a lot of challenges like other countries, including maladministration, high unemployment but to overpower these challenges, we need leaders with good leadership skills, people who are selfless. We need an input, creative thinking from black professionals to unravel what has happened in all state-owned companies.” He said this country needs yourselves as leaders, black people, small businesses owners in order to restore and take this country forward.

“BMF should also re-imagine a new developed South Africa. South Africans have a bigger role to play in making this country to be where we want it to be and how we want it to be. I hope this partnership of UNIVEN and BMF will also involve research in order to deal with issues on how to restore our economy.” He encouraged members of the society to engage with the government in order to navigate on resolving the issues that the country is faced with. 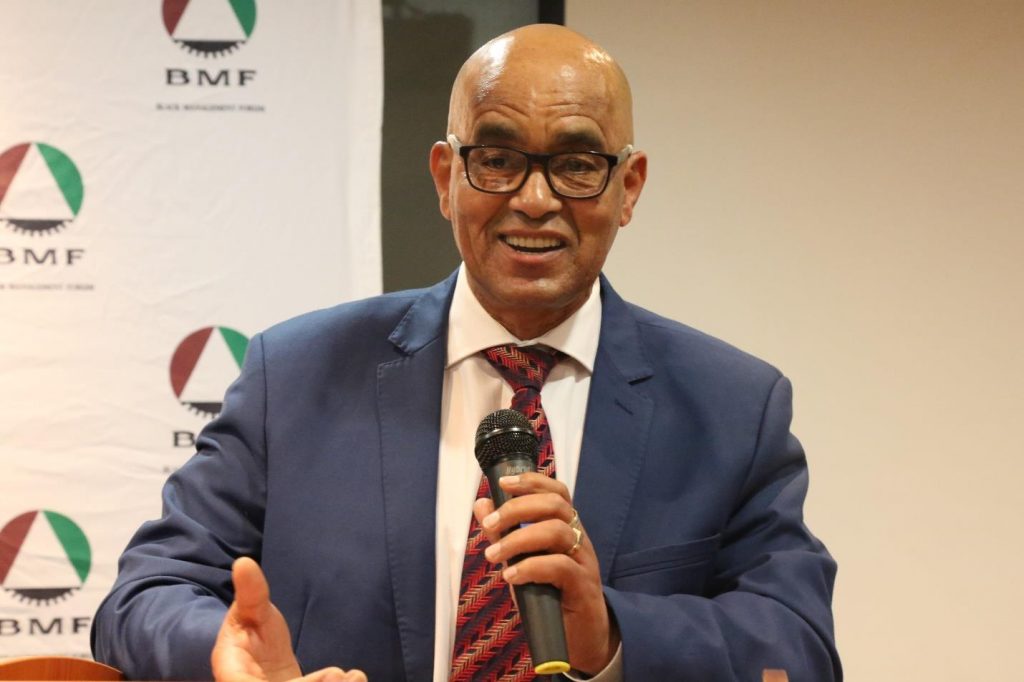 Deputy Vice-Chancellor Operations, Dr Robert Martin represented UNIVEN on behalf of the Vice-Chancellor and Principal, Dr Bernard Nthambeleni who could not attend the event due to other University commitments. Dr Martin said, UNIVEN is proud of the appointment and achievements of the Honourable Minister Lamola. “This demonstrates that UNIVEN is indeed capable of creating future leaders. We are confident that under your leadership the country will be a peaceful and safer place for all.”

Dr Martin continued to highlight that UNIVEN cannot operate in isolation, it needs organisations and structures like BMF. “UNIVEN is working on the strategic plan 2021 – 2025 and has decided to give an opportunity to all stakeholders to make inputs in its strategic plan.” Dr Martin continued to express that the BMF can play a great role on the strategic plan. He further said, that he is a product of BMF and has in the past occupied important positions in the BMF. “As a University, we will continue to impart knowledge into our students and empower them to create jobs for themselves and for others, in this way, we will be dealing with the challenge of unemployment.” He also mentioned the UNIVEN is committed to actively participate in research activities at local, national and international levels. 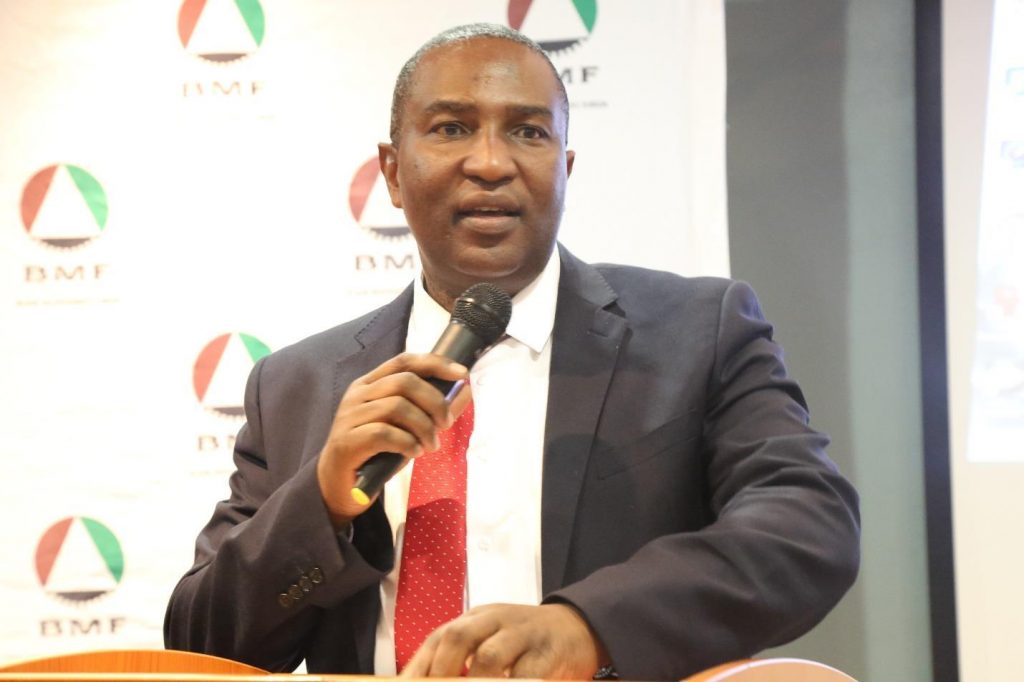 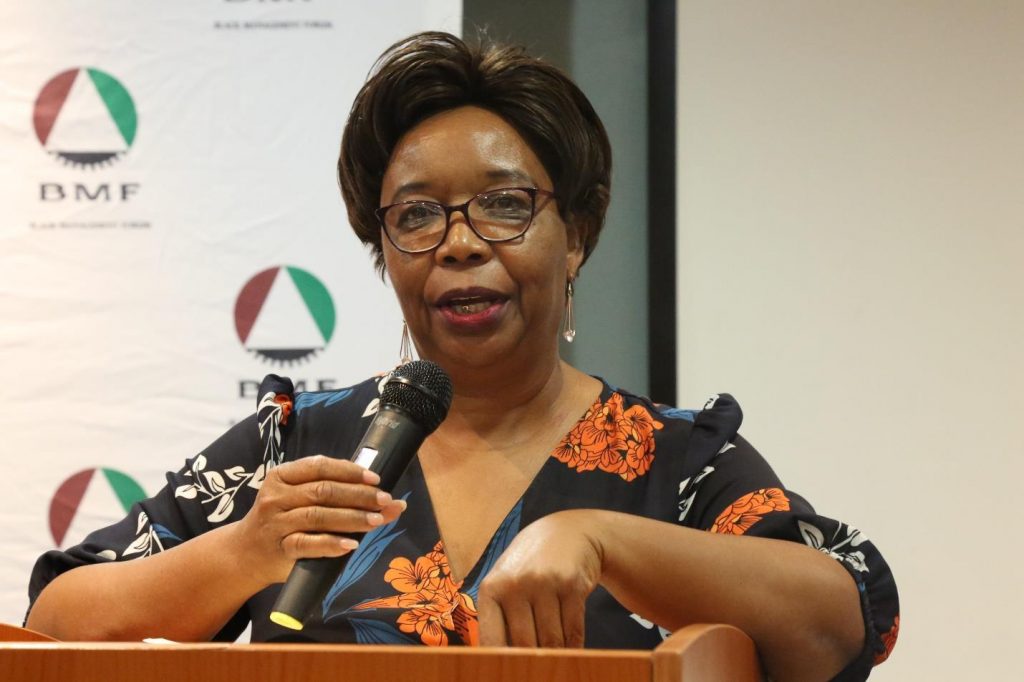 BMF Provincial Chairperson, Ms Angy Ramaipadi gave a brief background on BMF. She said as BMF, they feel honored to host an event of this magnitude, particularly the Minister of Justice and Correctional Services. “BMF is about black partnerships.” Ms Ramaipadi indicated that BMF stands for the development and empowerment of managerial leadership and the creation of managerial structures and processes that reflect the demographics and values of the wider society. “This organization was started by black people who wanted to see change in the South African corporate landscape.” Ms Ramaipadi concluded her talk by highlighting that BMF is 43 years old. 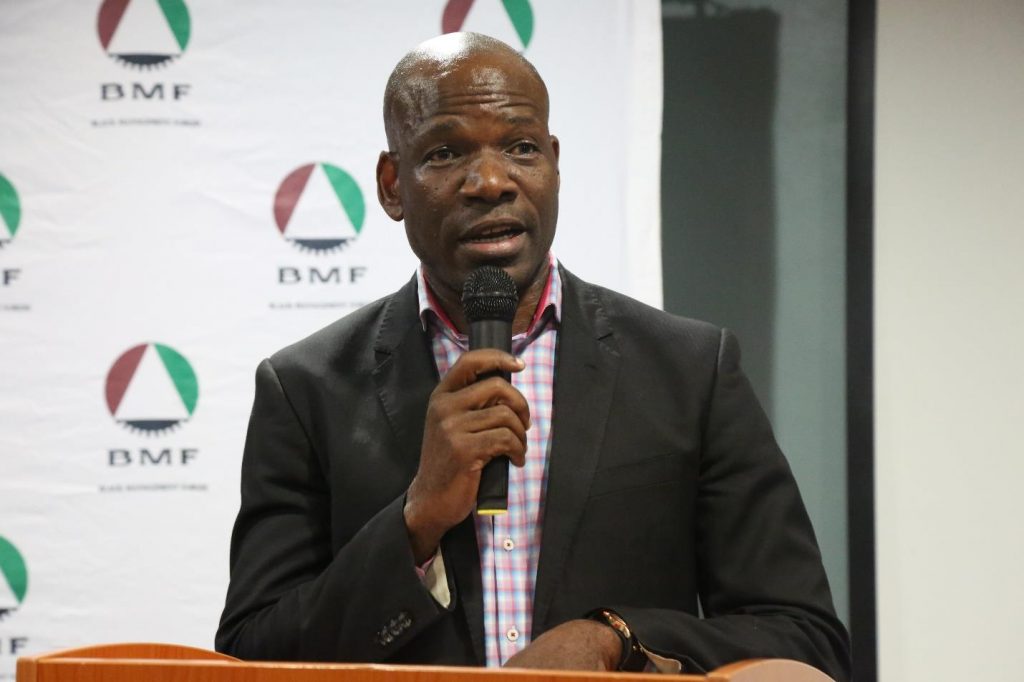 UIGC CEO, Dr John Mudau gave words as a sponsor of the event. In his message, he said UIGC is happy to be associated with BMF. “UIGC is strategically positioned to respond to the challenges in this area. We have the biggest training Unit outside UNIVEN where both students and community members are benefitting from this company.” Dr Mudau continued to explain that UIGC has taken over Barotta Farm with the aim of creating job opportunities for our community members. He shared with the audience all the entities of UIGC and UIGC’s plans for the next 5 years.

“We are not in existence to compete with other companies but to address the challenges faced by the country. We are inviting BMF to come and work with us in making a future for the people of Vhembe and the people of Limpopo Province,” he said. 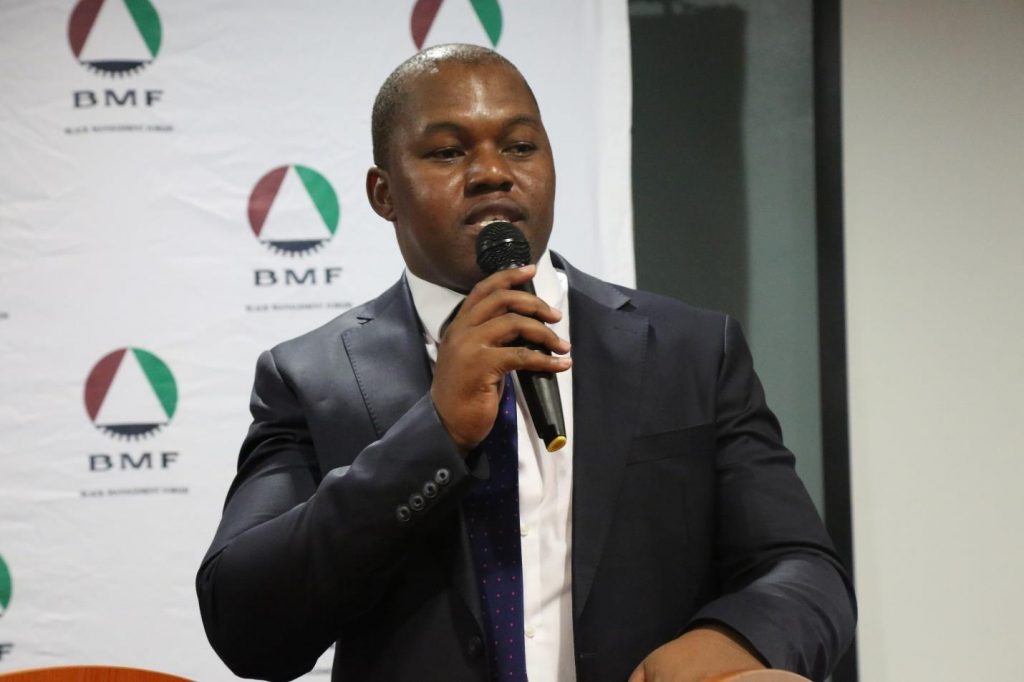 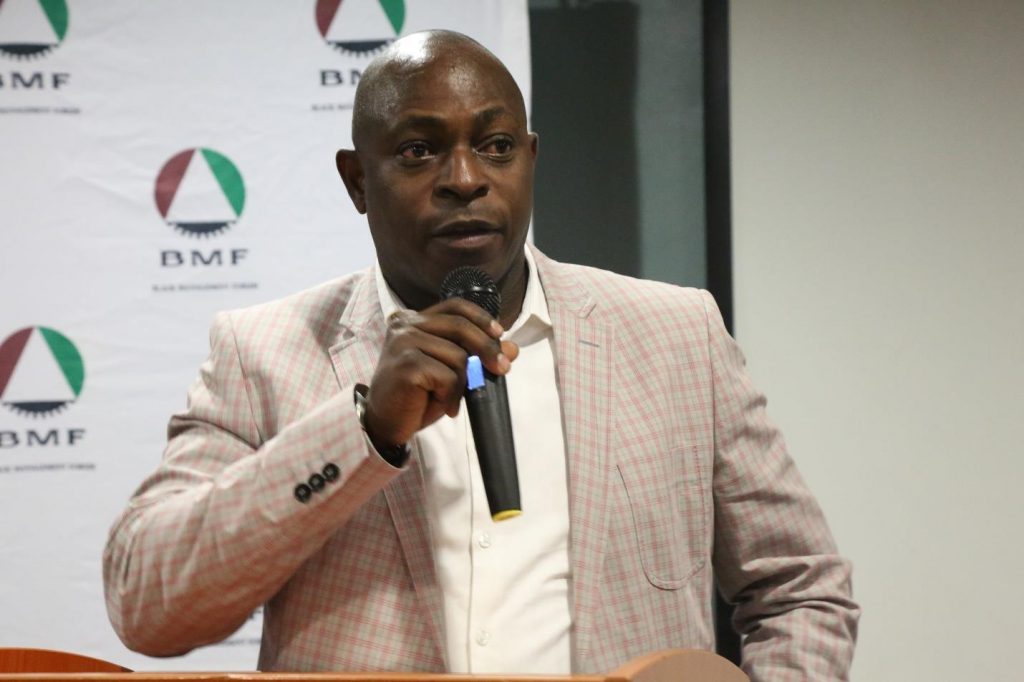 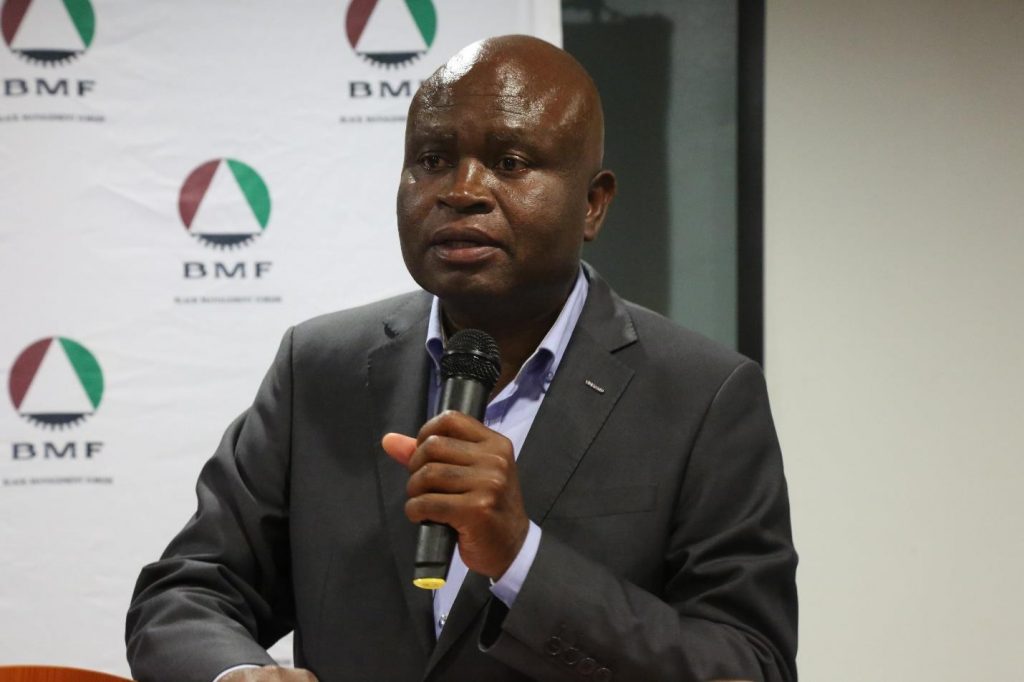 When introducing the Keynote Speaker, Executive Mayor Vhembe District Municipality, Cllr Dowelani Nenguda said we are proud to host the Minister in our District. This District has produced leaders and we pride ourselves with the appointment and the achievements of the Honourable Minister. 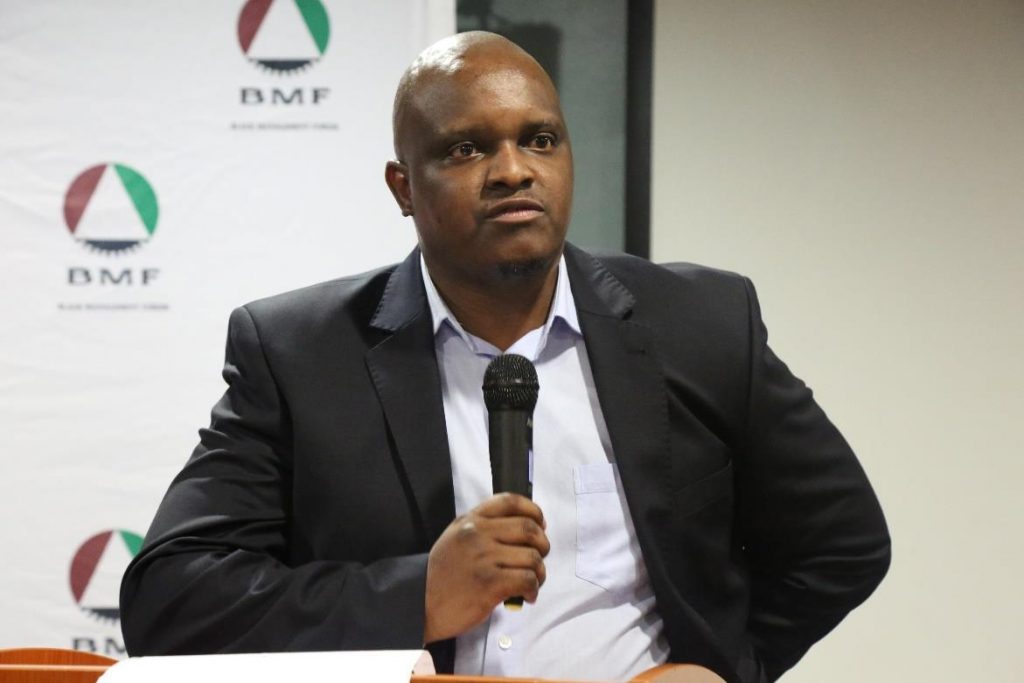 BMF Provincial Secretary, Mr Mpho Motsei, gave a vote of thanks. He thanked UNIVEN for this partnership. “With this kind of partnerships, we will be able to achieve our intended goals. We need to start producing businesses with ethical corporate governance. He thanked all speakers, sponsors, unions and all attendees for honoring the invitation of this gala dinner.”

Participants posing for a group photo with Minister Ronald Lamola 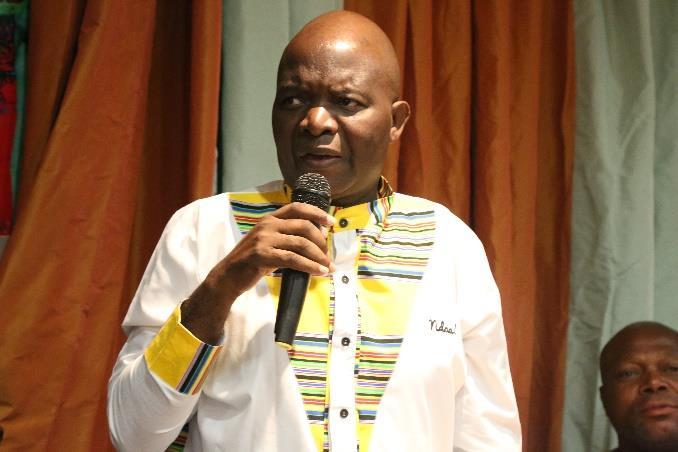 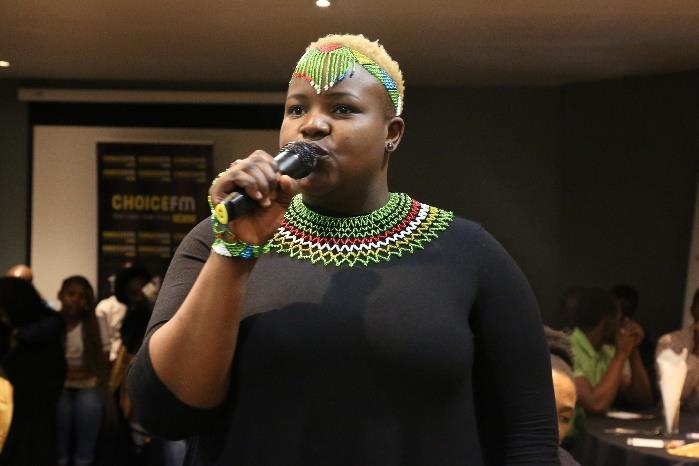 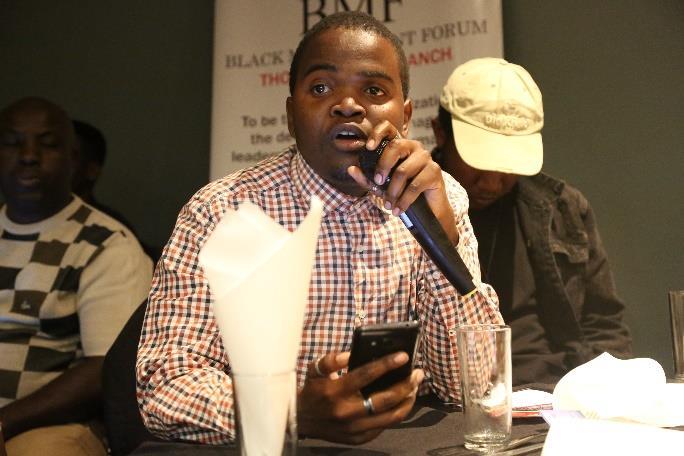 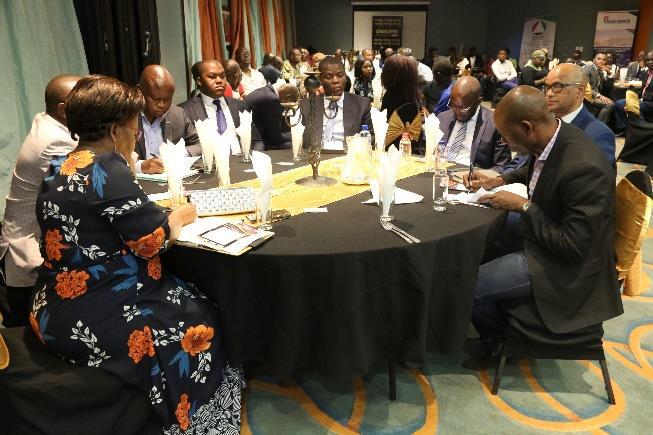 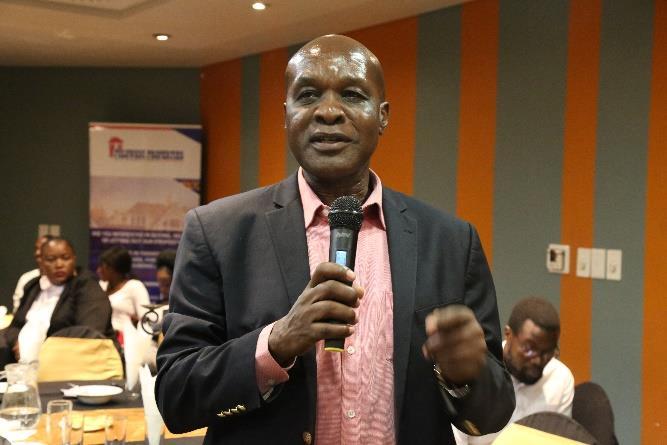 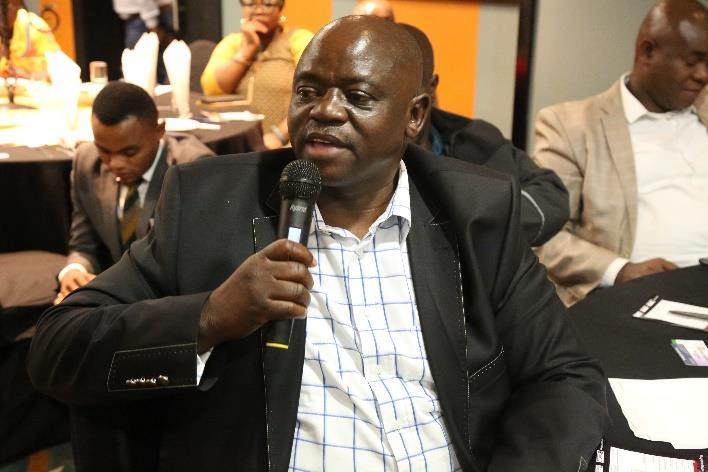