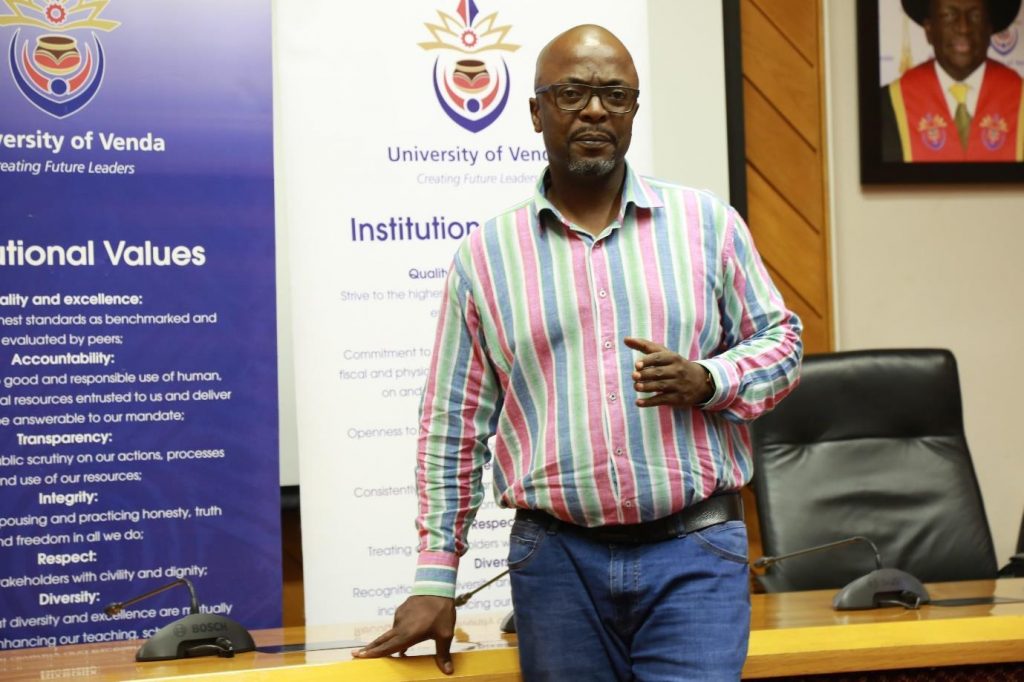 In his response, Mr Lamola told the audience to accept change and that parting is part of change even if there could be challenges. He however, acknowledged that his departure was rather premature, primarily because of abandoned projects which are yet to be completed. He thanked Mr Mukheli who made his stay in Venda comfortable and for teaching him Tshivenda which he is now speaking fluently and knows some of the idioms and proverbs. He further acknowledged Ms Tshililo Nengovhela for her superior wisdom as his Personal Assistant (PA) and all his Heads of Departments for their support. Mr Lamola indicated that conflict is unavoidable when people are working, but what is most important is how we rise above such conflicts. 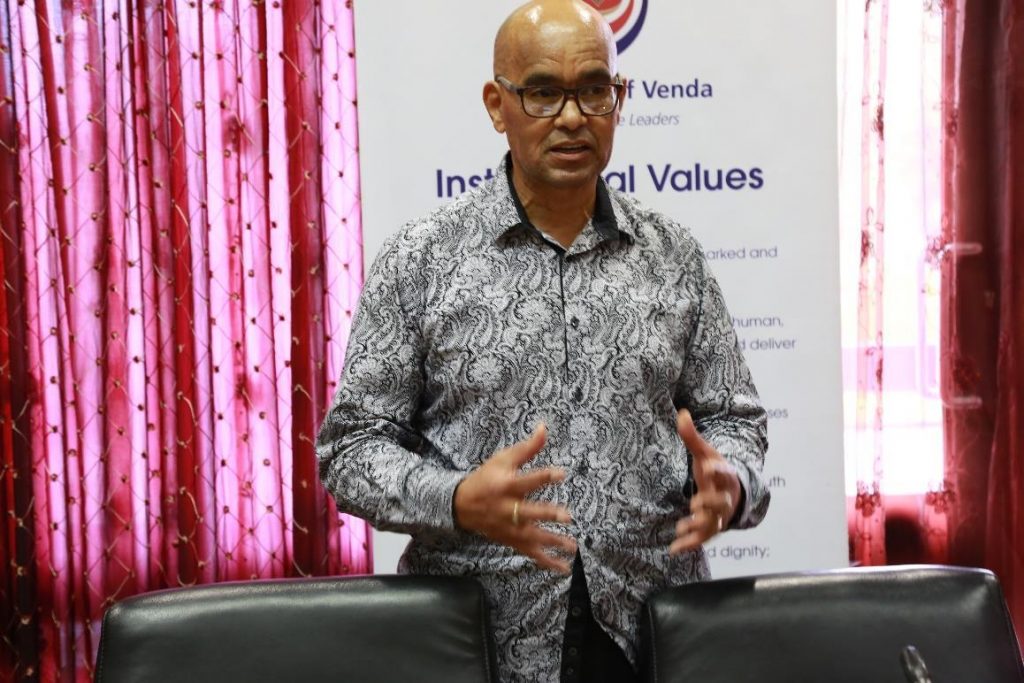 The Deputy Vice-Chancellor Operations, Dr Robert Martin wished Mr Lamola well in his new endeavours. He indicated that he had the privilege of knowing and working with Mr Lamola for about eight months. However, he cherished him for the role he played and contributions he made within a very short space of time. The key message to Mr Lamola from Dr Martin is “God’s grace and peace goes with you and never underestimate to have peace in your life, because peace will make you to succeed in life,” concluded Dr Martin. 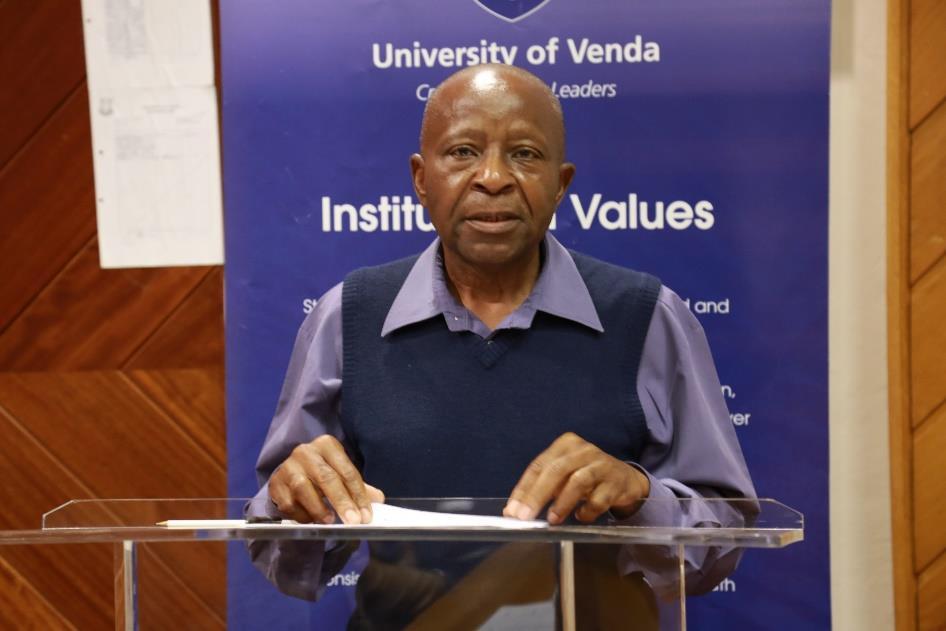 Mr Lamola was described as a man of good character and loveable. Mr Manenzhe in his concluding remarks said that in life people have the choices to make but at the same time those choices have the consequences. He further said that it is not about the time Mr Lamola spent at Univen, but the contributions he has made. During his tenure, Mr Lamola championed several infrastructure projects on and off Campus. 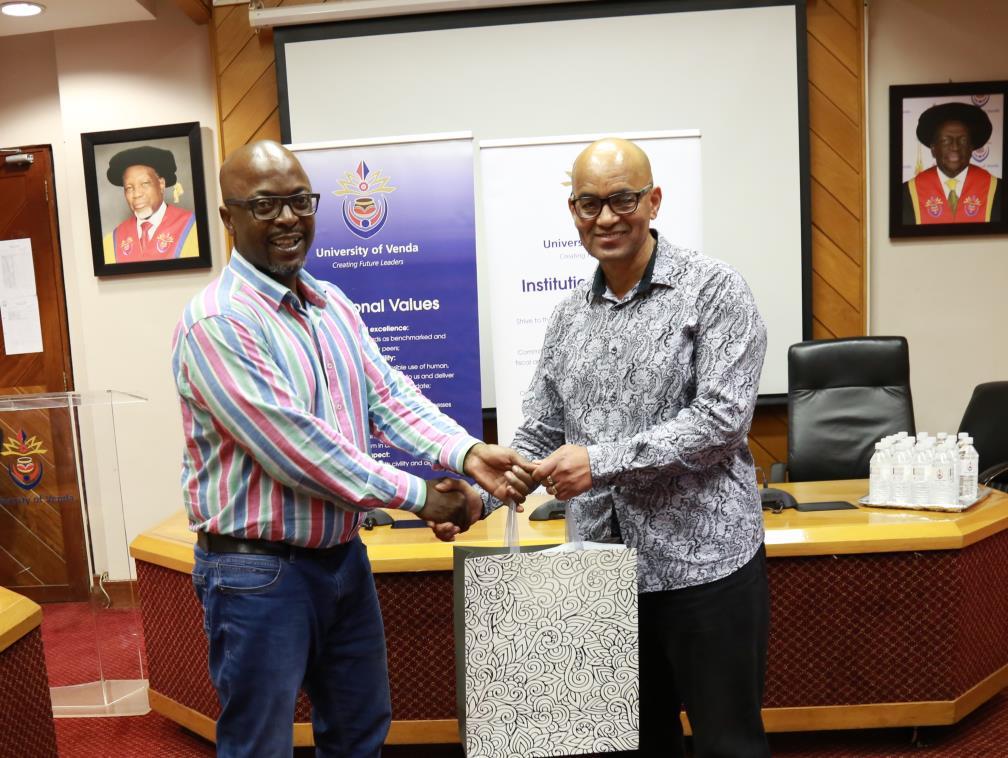 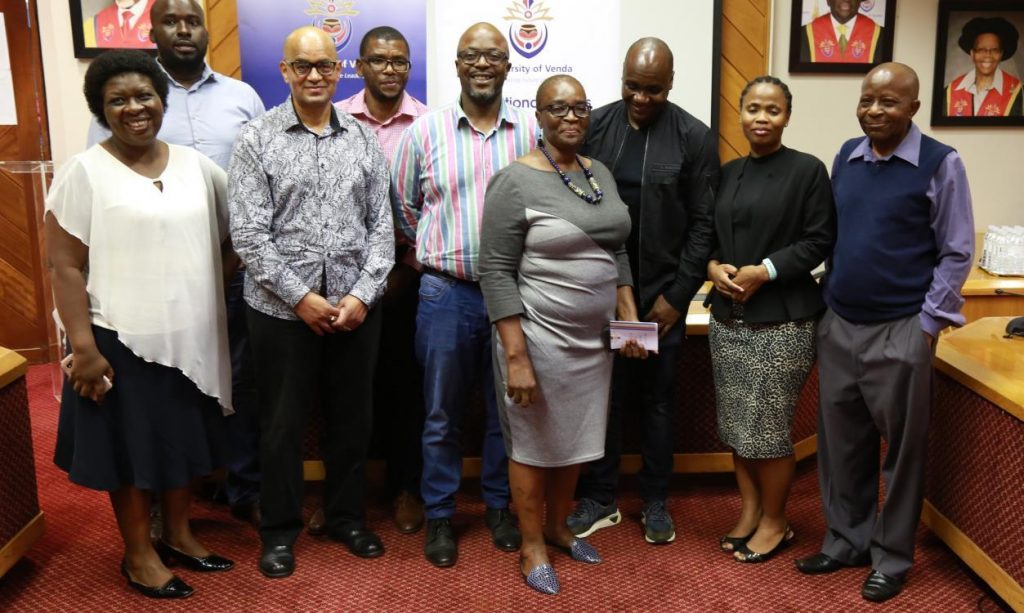