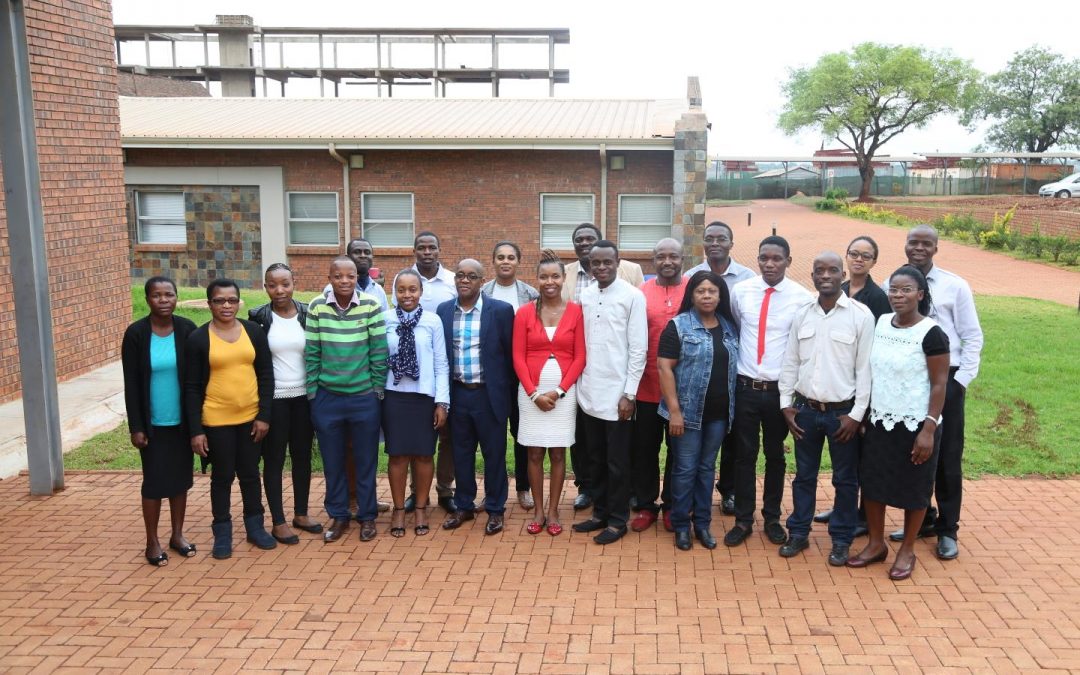 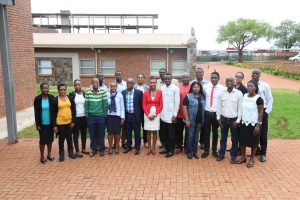 In an effort to offer all postgraduate students in the School of Human and Social Sciences space for engagement, the school held Postgraduate Inaugural Symposium on 06 October 2017 at Research Conference Centre. 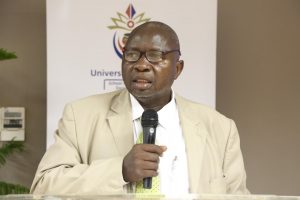 In his opening remarks, the Dean of the School of Human and Social Sciences, Prof Makgopa said his school is taking a lead by producing more Masters and PhD graduates. “For the past three years the School of Human and Social Sciences has been receiving the Vice Chancellor’s award for being the leading school with the highest number of PhD graduates. This year only, the school has managed to produce 15 PhD graduates,” Prof Makgopa added.

Prof Makgopa stressed that knowledge production is important for all developing countries. “It is through research that new knowledge is developed and shared for the purpose of growth and development,” said Prof Makgopa.

Furthermore, Prof Makgopa said for a knowledge to be produced, someone must think of an idea and decide to pursue it. “Sometimes an idea takes years to grow in a person’s mind. The idea will require time to research and develop fully regardless of whether it leads to scientific experimentation or research in a library,” Prof Makgopa added. 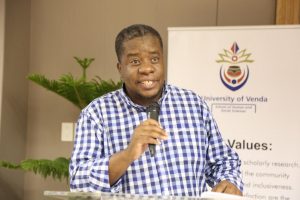 Do not worship your promoter, but respect them- Prof Mapaya

Prof Geoff Mapaya, Head of Music Department, advised postgraduate students to honour their submission deadline and to manage time effectively. Prof Mapaya encouraged students to refrain from procrastination. “Be vigilant about your time and space and know how to manage yourself,” Prof Mapaya added.

“Do not worship your promoter, but respect them. You should never underestimate the power and experience of the promoters and read your promoters’ work.” Prof Mapaya also encouraged them to be dependable. 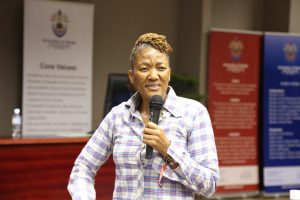 Students were also given an opportunity to present their research findings during the Inaugural Symposium. Keamogetse Morwe’s research presentation focused on the title ‘Understanding Violent Student Protests: The Case #FeesMustFall in South Africa’. Morwe said the use of violence as part of student protests in South Africa has become prominent during the #FeesMustFall (#FMF) movement.

“#FMF started as a peaceful student movement at the University of the Witwatersrand in October 2015 and quickly spread to all South African public universities, it became increasingly violent with time. Subsequently, its cross-sectional appeal waned. However, this was not enough to stop the violence,” Morwe added. 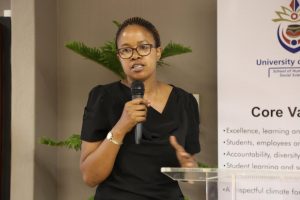 “Student leaders exhibit some unique characteristics that endear them to the hearts of their colleagues. They are great orators who sound very convincing; they seem to know all the problems of their colleagues and are quick to promise having solutions to all student’ problems,” said Nomagamaphelile Bam. Bam was presenting on ‘The impact that student leaders make during their term of office in representing students at the University of Venda in Limpopo, South Africa.’

Bam said the purpose of the study is to investigate the impact student leaders make during their term of office in student structures, decision-making, and accountability to students and development at Univen. “Perceptions are that, student leaders do not serve the students altruistically rather for their own needs,” Bam added. 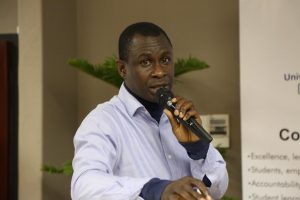 Israel Ekanade, who presented on ‘Penterascalism in post-colonial South Africa’ said over the years, the Christian community in South Africa has grown tremendously with people belonging to different denominations within the Christian faith.

Ekanade added that consumption of grass and petrol, application of insecticides on the eyes for deliverance purposes and sickness cure are barbaric acts which have assumed a new dimension. “Unsuspecting Christians are being fooled on a daily basis by yielding to those things which are not convenient for human health. With the mushrooming of churches in South Africa, the stage is now set for complexity and controversy between Christians and other religious groups on one hand and the government on the other hand. In a bid to escape extreme poverty, people are in dire need of miracles and would do anything to move up the ladder in life,” Ekanade said. 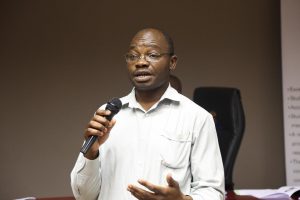 In his closing remarks, a lecturer in the English Department, Dr Isaac Ndlovu, said they want the symposium to be an annual event.