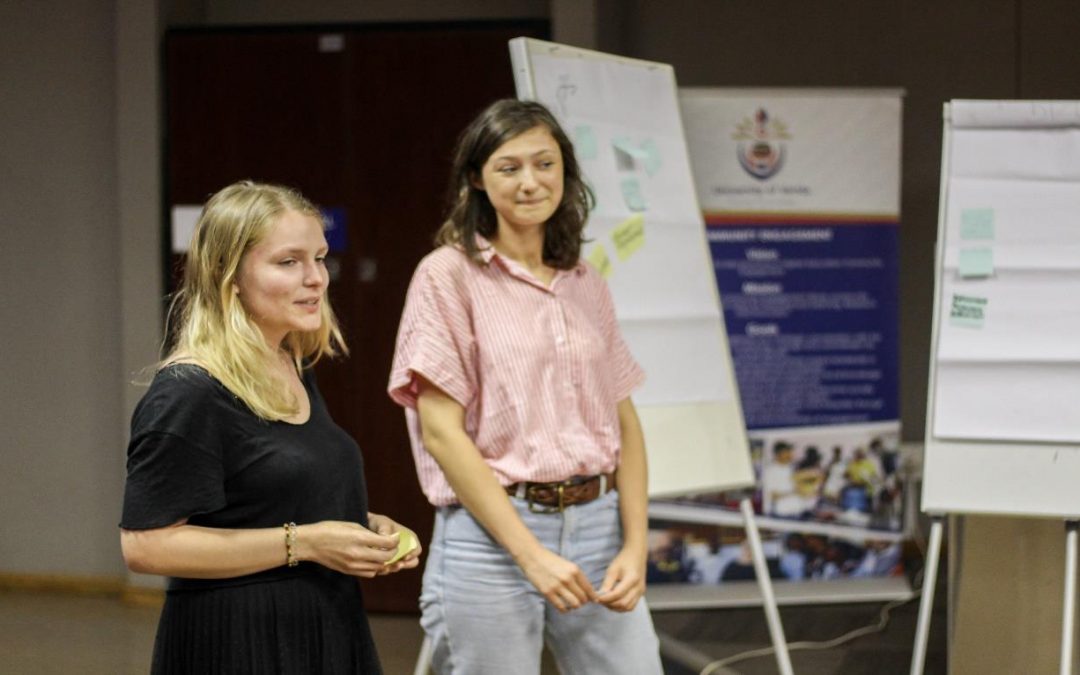 The University of Venda hosted Natalia Skowronek and Alisha Kersbergen for 8-10 weeks from Jan to March 2020. They are both masters’ candidates in International Development Studies at the University of Amsterdam.
Natalia Skowronek (29) got her Bachelor in Anthropology and Cultural Sciences from the University of Lucerne in Switzerland. Her intense passion on exploring the value of Indigenous Knowledge Systems, its preservation, promotion and development is what inspired her to conduct her study in Venda. Beyond her study interests, she is currently working as a team coordinator for a Non-Governmental Organization called FairWork, which envisages to prevent human trafficking and sexual harassment in the workplace. She has acquired experience in events and project coordination for different organizations from most of the educational institutions that she has resided in.

Through all the experience she has acquired, she believes in being a team player and encourages students to be involved in different projects that will challenge them to be better and grow beyond just being an academic.
One of her fears about embarking on this journey beyond the data collection was the cultural orientation- being able to learn as much as she could about her new environment. Hence, it was exciting for her to finally be able to connect with different communities that she entered and interacted with in Venda. She has expressed deep appreciation towards how open and loving the community was, this made it easier to learn as much as she could about the Vhaveda people.
Luckily, she was able to join in on one of Community Engagement’s Research excursions, which are aimed at building relationships with knowledge holders. On this particular excursion to Muhlava village, she shared that she was amazed by how passionate the knowledge holders were towards the preservation of indigenous knowledge systems. This then validated to her, that she could not have chosen a better place to conduct her study.
Natalia‘s warmth and thoughtfulness came in handy for us, one local student said. She spent her spare time seeking to understand than to be understood. She offered to assist where she could. I was afraid that she would later drown but she didn’t. Even when the reports on Covid-19 later threatened her stay and work, she stayed calm until the end.

One factor that made her transition to the new environment a bit difficult was the high temperatures in Venda.

Alisha Kersbergen (23) completed her International Baccalaureate High School- Diploma in Dubai. From then she moved to Maastricht to study Liberal Arts and Sciences (Majoring in Social Sciences) with the University of Maastricht. During the course of her Bachelor’s degree she got the opportunity to participate in an exchange programme in Rome, where she then studied Political Sciences at LUISS Guido Carli University.

Her interests are in environmental sustainability and human rights, with her research study focusing on the Autonomy of Small-Scale Female Farmers. Alisha shared that her interests in choosing South Africa as her area of study was that she is much more familiar with the country as her Grandmother lives in South Africa. Her focus on the University of Venda was inspired by the institution’s interest in Indigenous Knowledge Systems and particularly its efforts to decolonize the knowledge and the research methodologies. The institution stood out as the perfect place for intercultural learning.

UNIVEN students are great teachers of the Venda culture and the ethical conduct that is expected during social interactions and in the field, she said.
Her highlight was the beauty of Thohoyandou, the warmth of students and community members, the knowledge shared and intercultural exchanges. She said that it was exciting for her to realise that her study focus was something that the VhaVenda people can relate to. Low points for her include miscommunications that could easily occur during fieldwork due to the different cultural orientations, although they are milestones to be embraced as each miscommunication that occurs is followed by more and more attempts to understand better the views provided.
Alisha said she was grateful that she has been able to learn about the traditional way to approach and to interact with the elders respectfully. She enjoyed spending time with women farmers and listening to their unique views on patriarchy among other things. She created meaningful relations and was even able to do village homestay.

During the past few weeks, the learning process has allowed her to juggle both a healthy study life and adapting to the new environment as both often occur simultaneously. The new environment and experiences play a pivotal role on the progress of the study, she said.
The gratitude for intercultural learning is mutual for the UNIVEN students (Tsakani Nyoni and Unarine Ndou, who are both awaiting honours graduates) who interacted with Natalia and Alisha closely. 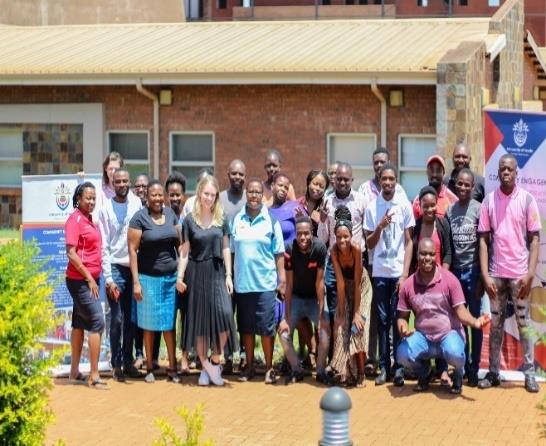 “ As we were working with cultural brokers, I learnt the significance of drafting the timeline of each cultural broker, with the timeline we would document events in the life of the cultural broker, the events also assisted us in knowing why and how the individual became who they are. From a personal view, I didn’t know that this could be done, but I think it also helps to contribute towards the justification of why a certain participant was suitable for a study, one student said.
Our interaction has shaped our outlook on research for the better, research looked easy, but it isn’t. It is time consuming and require a lot of planning. But if done by the rules, it is also exciting. I would encourage more students to participate in projects of this nature, even before they start off with their personal projects. Both Natalia and Alisha express their gratitude towards the University of Venda students and staff and the entire Vhembe community for the hospitality. Both Alisha and Natalia are supervised by Professor Dr. Yves van Leynseele. Professor VO Netshandama served as a local supervisor.