Do not sell your bodies for money, material things and marks- Dr Phophi Ramathuba 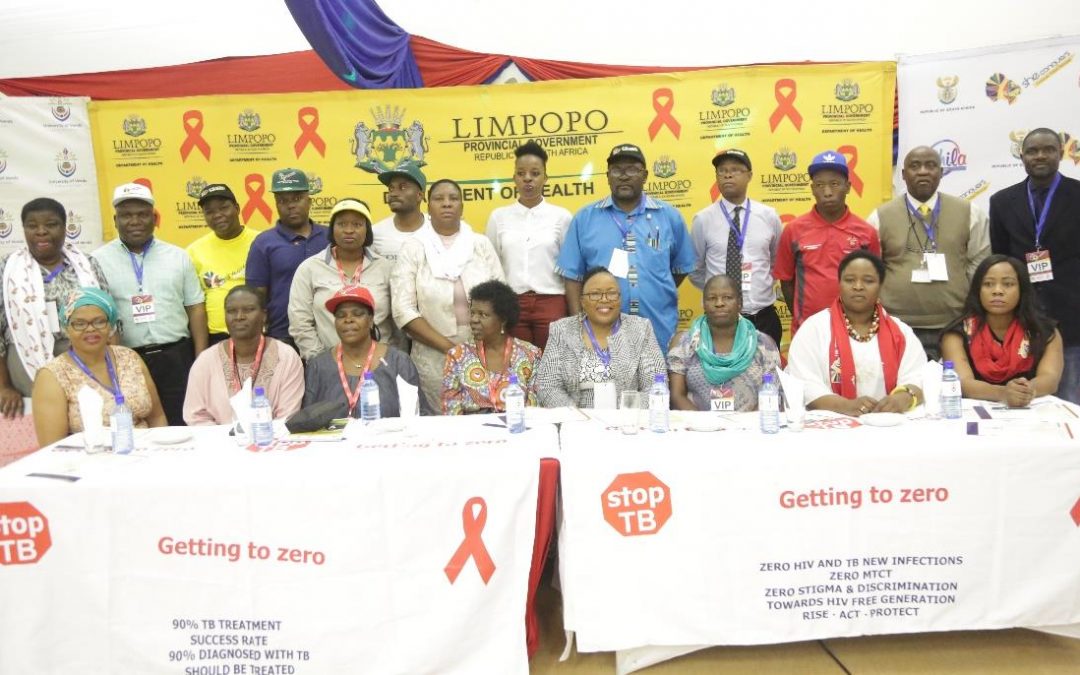 “You are not here to collect pregnancy and diseases. Focus on what brings you here, that is to collect your qualifications,” said the MEC for Limpopo Department of Health, Dr Phophi Ramathuba addressing learners from Marude Secondary School and Students of the University of Venda (Univen) at the closing function of the She Conquers Campaign. The closing event was held on Friday, 08 September 2017 at the Auditorium, Univen. 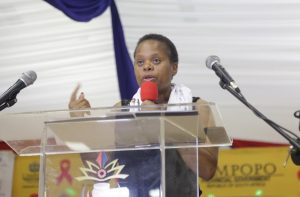 MEC for Limpopo’s Department of Health, Dr Phophi Ramathuba during her keynote address.

She advised students and learners that they do not need artificial expensive attachments such as Brazilian hair and artificial nails in order to look beautiful. “You are beautiful the way you look. Stop dating older men for money and material things,” she said.

“Stop sleeping with your teachers and lecturers in exchange of marks because that will not help you to get anywhere.” Dr Ramathuba further told the audience that, a teacher can give learners free marks from grade 8 until matric but those marks will never help that learner to pass matric, similar to students, “you can get those qualifications but it will be difficult for you to get jobs because you would have not learned anything during your studies. She advised them to stop selling their bodies for material things and to work hard and succeed without donating anything to anyone. Dr Ramathuba pledged to provide sanitary towels to the deserving young girls. 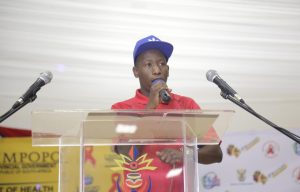 “Do not be that person who graduate and die from being HIV positive after graduating. Your families are waiting for you to start earning your own salaries and be independent. Some students and learners are the only hopes back at home. Your families are waiting for you to take them out of poverty,” said Univen SRC President, Mr Mandla Shikwambana. He further advised the audience to study hard and become blessers of their own families and not blesees of older men. 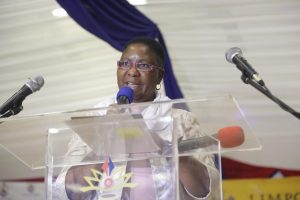 “As the University of Venda, we are indeed grateful to host this event in partnership with our Provincial Department of Health. I am confident that this has been a very successful week,” said the Deputy Dean of School of Health Sciences, Prof Tshilidzi Mashamba, during her welcome remarks, representing Univen Executive Management who could not make it to the event due to other commitments. She further thanked the MEC and her team who collectively ensured that there is considerable improvement within the University and in the Province as a whole. 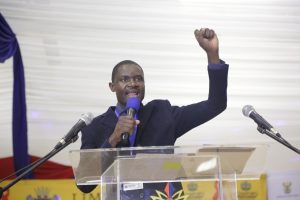 “Statistics has proved that, close to 2000 young women get infected by HIV every week. We have seen that it is important to start initiatives like this to make sure that we decrease a number of infections and pregnancies. You are the leaders of tomorrow and we will make sure that we empower young women as much as we can,” said Mr Alex Samba, HEAIDS Project Manager. 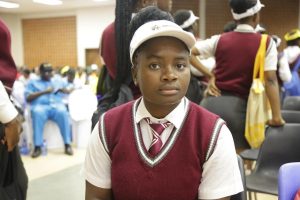 A learner from Marude Secondary School, Funani Sigidi (20) said she has benefited a lot from the speakers. She further added that she will take everything that was said very serious. She is currently doing Grade 12 and wished to join Univen the following year.

The University of Venda (Univen) in partnership with Limpopo Provincial Department of Health were running the 2017 She-Conquers campaign to educate Univen students about issues that might put their lives at risk, especially young women. The campaign took place from Monday, 04 September, until Friday, 08 September 2017.

The theme of this year was, ‘a year of healthy living towards a healthy lifestyle for all’. The topics throughout the week covered the scopes that include: Blessers vs Blesees, Unwanted Pregnancy and Contraceptives, Drug and Alcohol Abuse, Sexual Offence and Gender Based Violence, Financial Literacy, Male Medical Circumcision, Endometriosis, Cervical Cancer and Pap smear and Ask a Man. 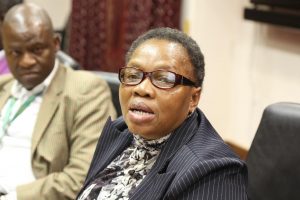 “Girls aged between 15 to 24 need to be educated and be protected from older men who attract them by promising them material things. We need to go to teach our girls about how to live healthy lifestyles and respect their bodies,” said Ms Molatelo Makwela from Limpopo Department of Health. 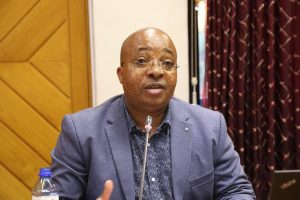 “We have a series of programmes with the Limpopo Provincial Department of Health. These programmes are to make sure that all young girls and boys including communities around the University live a healthy lifestyle especially Univen students,” said Prof Edward Nesamvuni, the University Registrar on the first day of the campaign while welcoming the delegates from the Limpopo Department of Health and Thulamela Local Municipality. 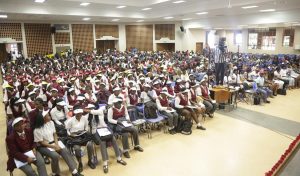 An aerial view of learners and students who attended the event. 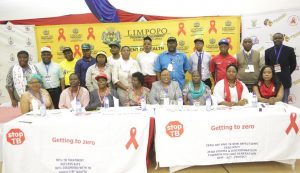 Univen Managemen, delegates from Limpopo Provincial Department of Health and HEAIDS posing for a photo after the event. 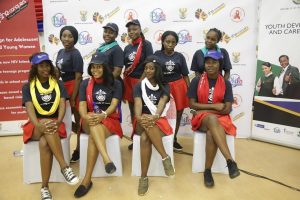 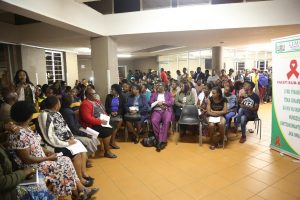 The first evening of the campaign at F5 Residence, students engaging with officials from the Department of Health 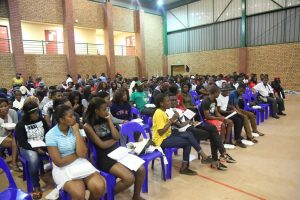 A student in yellow t-shirt asking a question for clarity on the second evening of She-Conquers campaign. 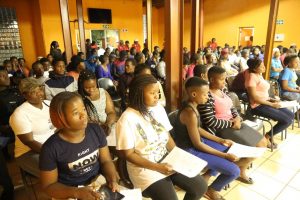 The third evening of the campaign at Nchebeko Off-Campus Residences: students listening to the speakers 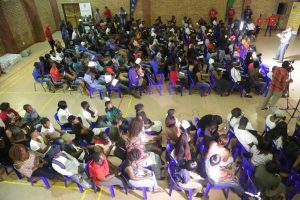 An aerial view of the students who attended the fourth evening of the She-Conquers campaign.

University of Venda > News > Do not sell your bodies for money, material things and marks- Dr Phophi Ramathuba