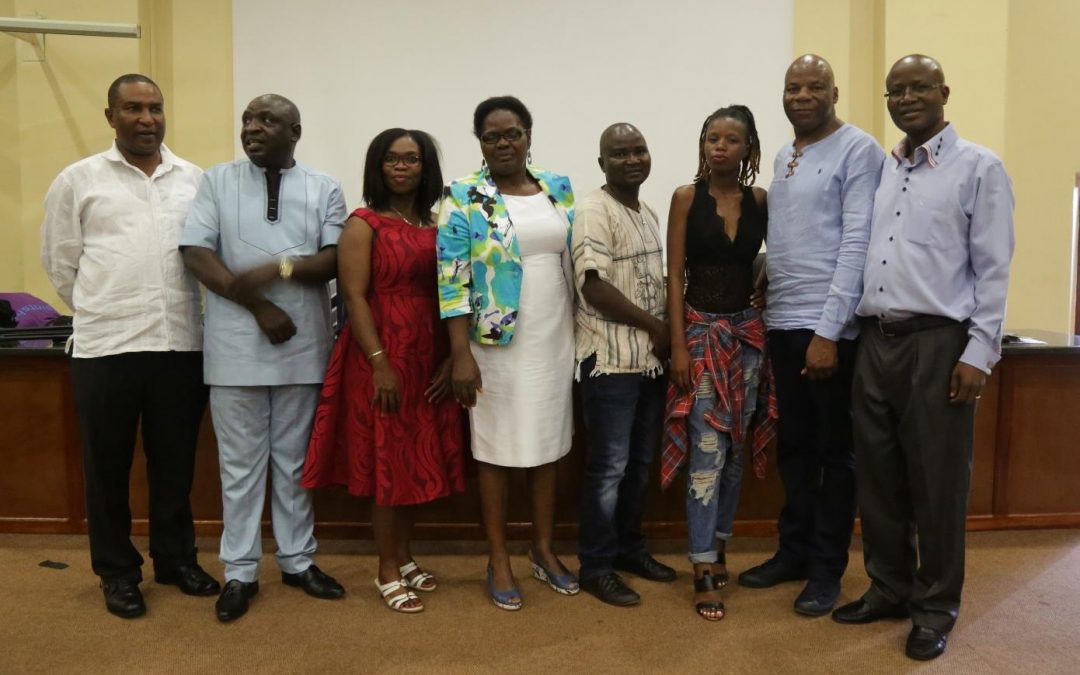 The Public Relations Institute of Southern Africa (PRISA) in collaboration with the University of Venda (Univen)’s Communications and Marketing Department successfully hosted the 2017 PRISA Limpopo Student Conference to equip media studies students. The purpose of the event was to familiarise media studies students with the corporate world, to educate them about crafting a winning Curriculum Vitae (CV) and also how to survive in the corporate world. The event took place on Thursday 26 October 2017, at Univen’s Senate Chamber. 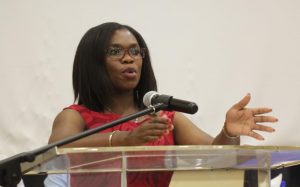 Mrs Phuti Mothapo, Chairperson of PRISA Limpopo Region, alluded that students should be unique from others. She said that the purpose of the meeting is to inform media and communications students about job opportunities that exist apart from working for media houses. “Communication is not only about becoming a journalist or being a television or radio presenter, there are more opportunities in this field.” Mrs Mothapo further advised the students to go out and claim the opportunities that are available. She concluded by encouraging students and everyone in the Public Relations field including the academics to join PRISA. She told them that there are certain fields in which you cannot be allowed to work without being a member of PRISA. 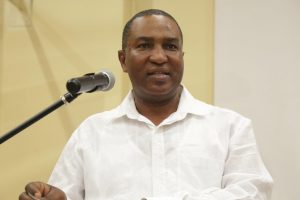 In his Opening and Welcome address, Mr Takalani Dzaga, Univen’s Director of Communications and Marketing thanked the speakers for seeing the importance of coming to share the knowledge that they have accumulated over so many years, with the University of Venda students. He further applauded them and said that he has the confidence that they are going to share every details that will build a career of Media studies students so that they could be employable. He echoed the words that he believe that after the event, all students will be motivated and will be more equipped and educated than before. Mr Dzaga concluded by thanking the School of Human and Social Sciences’ Department of Communication and Applied Languages for making the student conference a success by mobilising and releasing the media studies students who came in large numbers to attend a conference of that magnitude. 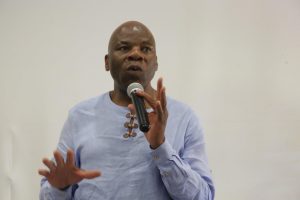 Mr Kenny Mathivha, Spokesperson for Limpopo Premier’s Office spoke to the audience on the importance of writing for the media in the digital age. He said if there is a communicator who is in communications field and do not have tweeter account, then that person is in the wrong field. Mr Mathivha further said that the elections of nowadays are won on social media. He indicated that the social media platforms are used by politicians and celebrities to gain popularity.

“Social Media has influenced and is still influencing our routine lifestyles,” He said. Both digital and print media are relevant in this digital age but most people prefer to read the news through digital media because the information will still be fresh. “The news on digital media are in most cases instant and timeous.”

Mr Mathivha said that good communicators are those who communicate visually and reduce too much text; those who communicate in a linear way; they should be interactive and dynamic; able to engage their audience, and always be transparent. He told the audience that the information seekers of today believe in transparency. Mr Mathivha further advised audience to never lie or twist information. 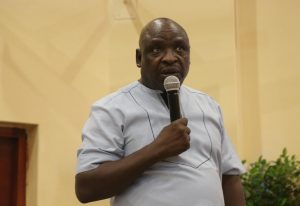 Mr Ronny Mphephu, Human Resources (HR) Manager at South African Broadcasting Corporation (SABC) Limpopo Region, tackled the issues related to corporate recruitment. He advised students not to craft long CVs because recruiters do not have time to read long CV’s. He further advised them to have confidence when they walk into the room in which the interviews are being held.

Mr Mphephu took them through steps of writing a winning CV and told the audience to familiarize themselves with companies or potential employers when they are shortlisted. “Have thorough knowledge about that company to show them that you are interested in working for them. Do not be late for an interview.” He concluded by advising them to avoid wearing revealing clothes and bright colours when they go for interviews as that could make panelists to judge them before they could start allocating scores. 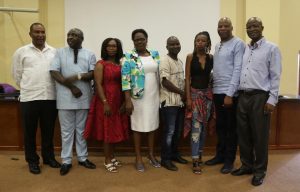 Established in 1957, the Public Relations Institute of Southern Africa (PRISA) represents professionals in public relations and communication management throughout the southern African region and has registered practitioners in Botswana, Namibia, Lesotho, Swaziland and South Africa.

PRISA plays a leading role in uniting professionals and driving transformation. As the recognised leader of the public relations and communication management profession in southern Africa and beyond, PRISA provides the southern African industry with the local professional advantage. 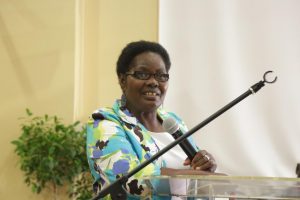 Dr Masindi Sadiki, when proposing a vote of thanks 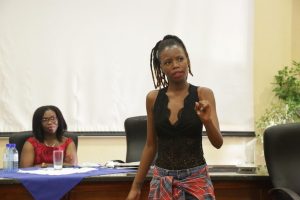 Students came in large number and filled the venue