Rufaro Chikuruwo scoops all the awards 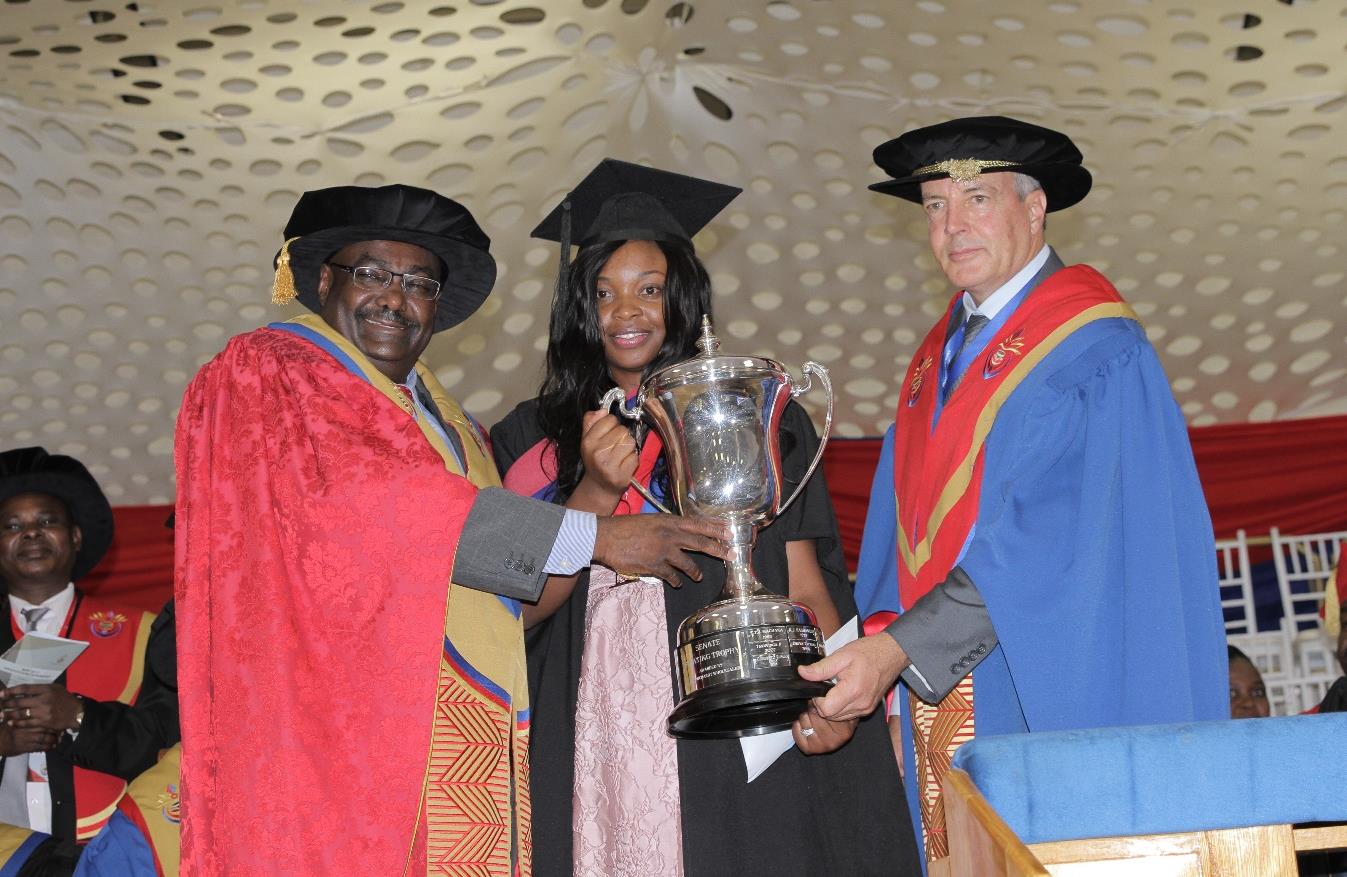 Rurafo Emily Chikuruwo is the most spoken person, but for all the good reasons. She made headlines when she scooped almost all the awards available in the School of Law including the Senate Gold Medallion during session four of the University of Venda (Univen) May graduation ceremony held at the University’s Auditorium on Thursday, 18 May 2017.

She has been receiving awards since she started her studies at Univen. “I received awards in my first, second and third year,” she said.

Rufaro is currently studying at the school for Legal Practice in Polokwane.

The 23-year-old started her LLB degree in 2013 and she hails from Zimbabwe.

It was an excited moment for her. “I am delighted for scooping these awards,” she said. She further said that perseverance is the key. “I put God first. Hard work is nothing without God interference. Getting those awards was God’s work and through my hard work,” she added.

She aspires to be her own boss. “I would like to start my own law firm one day,” she added.

She further encouraged the students who want to achieve what she achieved to put God first. “He will never disappoint you,” she added. She also said that they should work hard.
As it is said, education is the key to success and it unlocks all the closed doors. “I hope that this degree will help me to get good job opportunities,” she concluded.