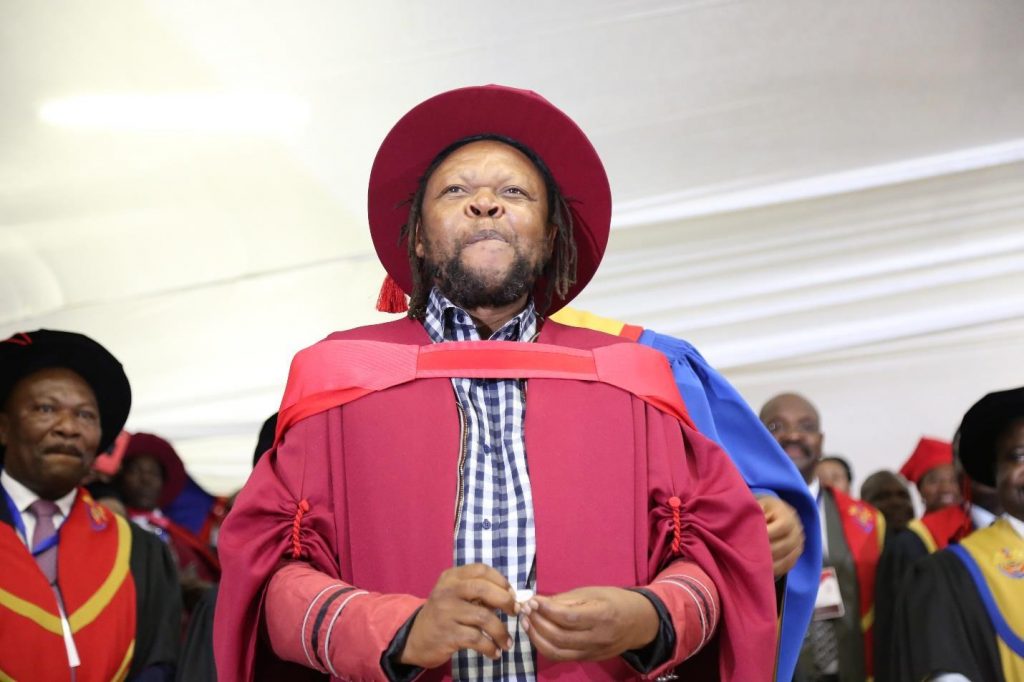 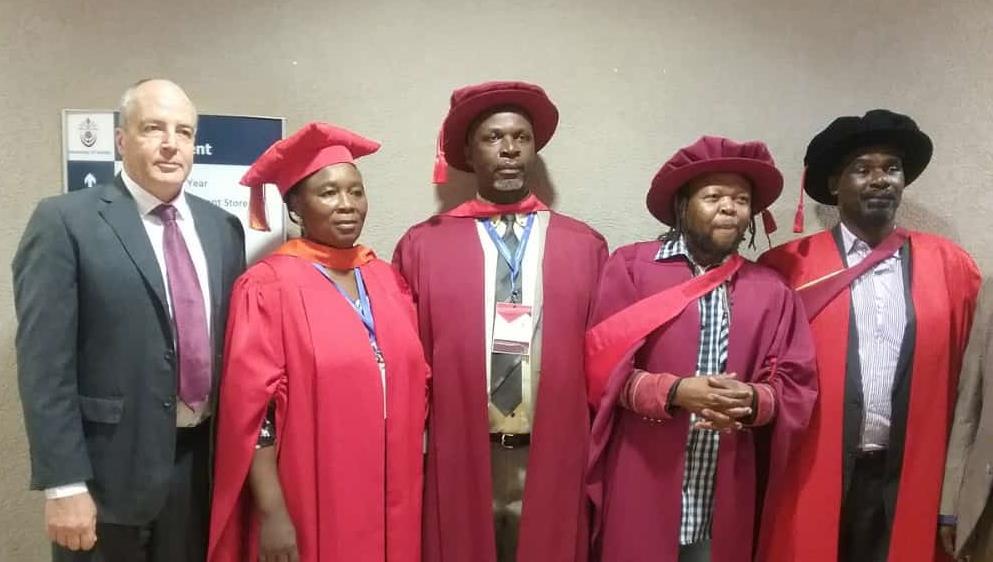 Dr Colbert Mukwevho (second from right) pose for a photo with the Acting Vice Chancellor, Prof Jan Crafford (first from left) together with staff member of the MER Mathivha Centre of African Languages, Arts and Culture

He encouraged young people to always strive for the best in everything they do. Dr Mukwevho singled out the challenge of the usage of Tshivenda language which is deteriorating. He advised the youth to hold their leaders responsible but in a respectful way. Dr Mukwevho thanked Univen for noticing his hard work of entertaining, imparting information and educating people through music. He further thanked Univen for honouring him.

Rudzani Colbert Mukwevho was born in a musical family and joined his father and uncle’s band “The Thrilling Artists” in 1975 as a backing vocalist and later as a bassist and lead vocalist. Dr Mukwevho is a musician and producer. He sings most of his songs in Tshivenda. He also sings songs in Xitsonga and English. To date he has recorded and produced close to 200 songs and has recorded close to 20 Albums. Dr Mukwevho sings songs that affect people on their day to day life. His music is at the fore front in the upliftment of language, culture and tradition of the Vhavenda people. His music is largely protest music in nature.

Dr Mukwevho’s music is loved locally and internationally as some of his songs were recorded in Jamaica. He has developed quite a number of musicians. His music touches many people’s lives. Through his music, Dr Mukwevho is able to educate people. He sings about issues that pertain to HIV/AIDS. He sings about gender equity, women abuse, fights in families. He sings about politics, education, religion and prophesy. He encourages people to be ready for the end of the world. Dr Mukwevho is a legend among the Vhavenda people. 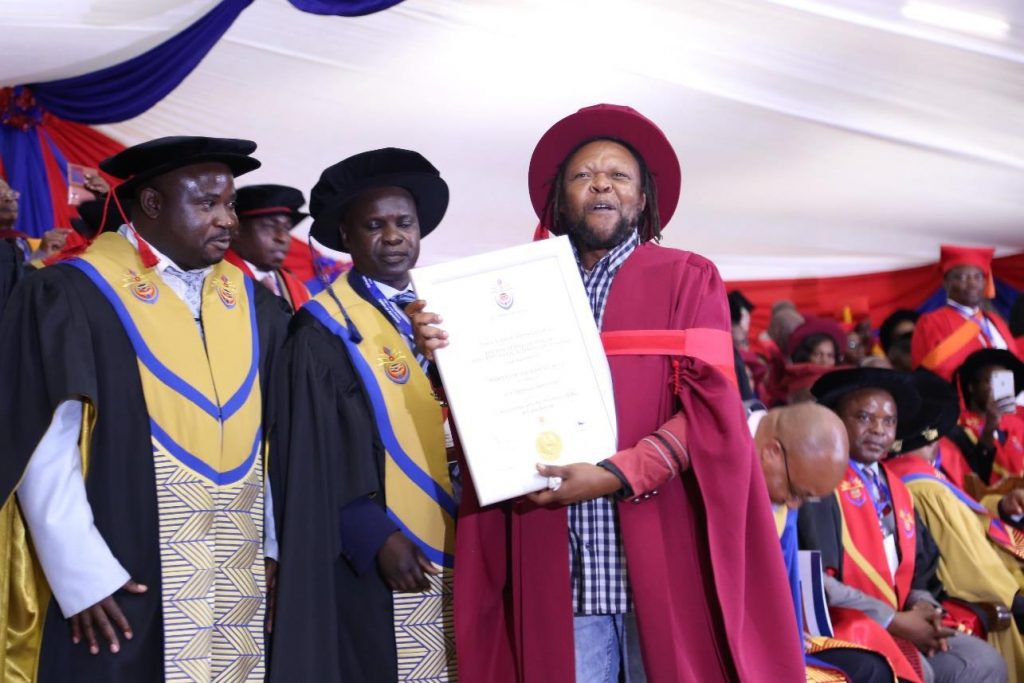 Dr Mukwevho displaying the certificate that was handed to him during the ceremony. 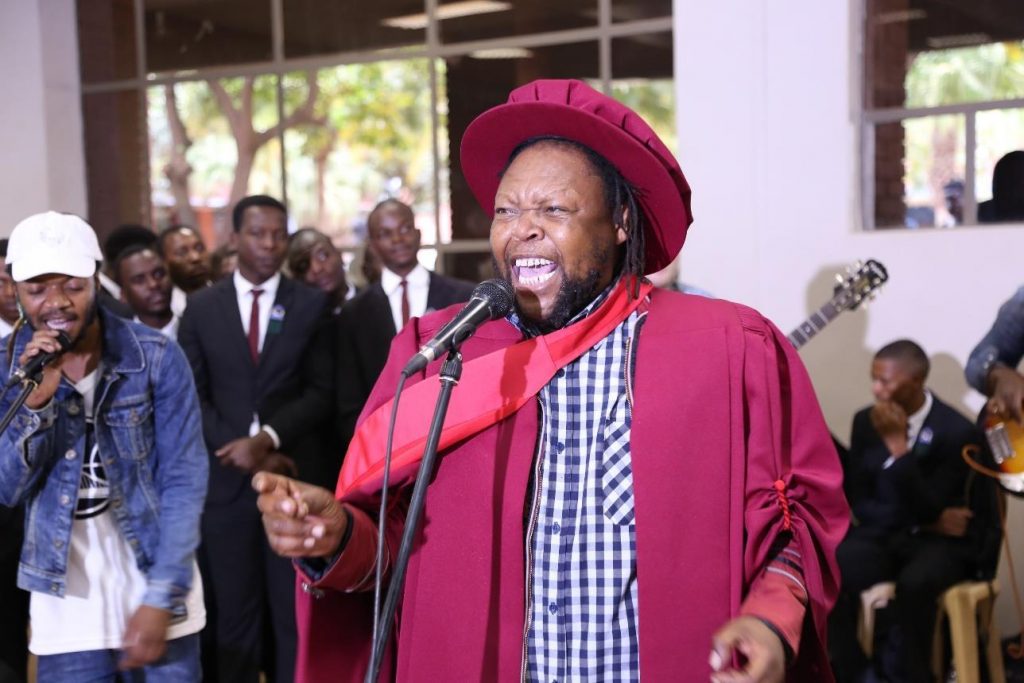 Dr Mukwevho performing after conferment of his honorary Doctorate degree.