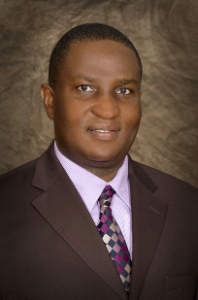 Dr Takalani Victor Dzaga is a seasoned communicator who has been the University of Venda (UNIVEN) Spokesperson for over 12 years. He graduated from the University of Venda having completed B. Admin, B. Admin Honours and Master of Public Management. Prior to his appointment in 2009, as Director Communications and Marketing, Dzaga spent seven years as a Schools Liaison Officer in the Department of Communications and Marketing at the University of Venda. He also worked as Chief Administrative Officer in the Directorate of Quality Assurance and Promotion, School Administrator in the School of Management Sciences as well as Committee Administration from 1996 to 2008.

Working in the then Department of Public Relations and Development, Dzaga not only concentrated on his portfolio of Student Recruitment, but was involved in Media Relations, Alumni and Convocation, Publications and Events Management as well as Fundraising. He rose through the ranks of an Administrative Officer to the current rank of Director Marketing, Branding and Communication and Editor-in-Chief of Nendila and Alumni News Publications as well as the University Communiques and Annual Reports.

His commitment, hard work and resilience earned him appointment of Acting Director: Communications and Marketing in 2008 and was subsequently appointed Director for Communications and Marketing at UNIVEN in 2009. His wealth of experience in the communication and marketing sector was enlarged by his participation in numerous professional development programmes and conferences around the globe. In 2012 he was admitted as a Public Relations Practitioner (APR) (internationally recognised status) by the Public Relations Institute of Southern Africa (PRISA).

The University of Venda Directorate of Marketing, Branding and Communication comprises of: Media Relations and Publications, Media and Sound Broadcasting, Website Content Management, Functions/Events and Visitors, Convocation and Alumni, Schools Liaison, and Institutional Advancement. He is actively involved in resource mobilisation activities for the University’s strategic projects. During his tenure as Director Marketing, Branding and Communication, he successfully organised fundraising campaigns and graduation ceremonies as well as other strategic events. With the support of his Team/colleagues and other stakeholders, he successfully projected a positive image of the University of Venda both locally and internationally. It is worth stating that over the past twelve years, Dzaga successfully increased the reach and impact of the University of Venda’s profile and visibility through the delivery of high value and influential marketing, communications, and public relations in South Africa and internationally. This includes his significant contribution to the development of new partnerships and funding opportunities. This clearly demonstrates that Dzaga has extensive experience in marketing, branding, and communication.